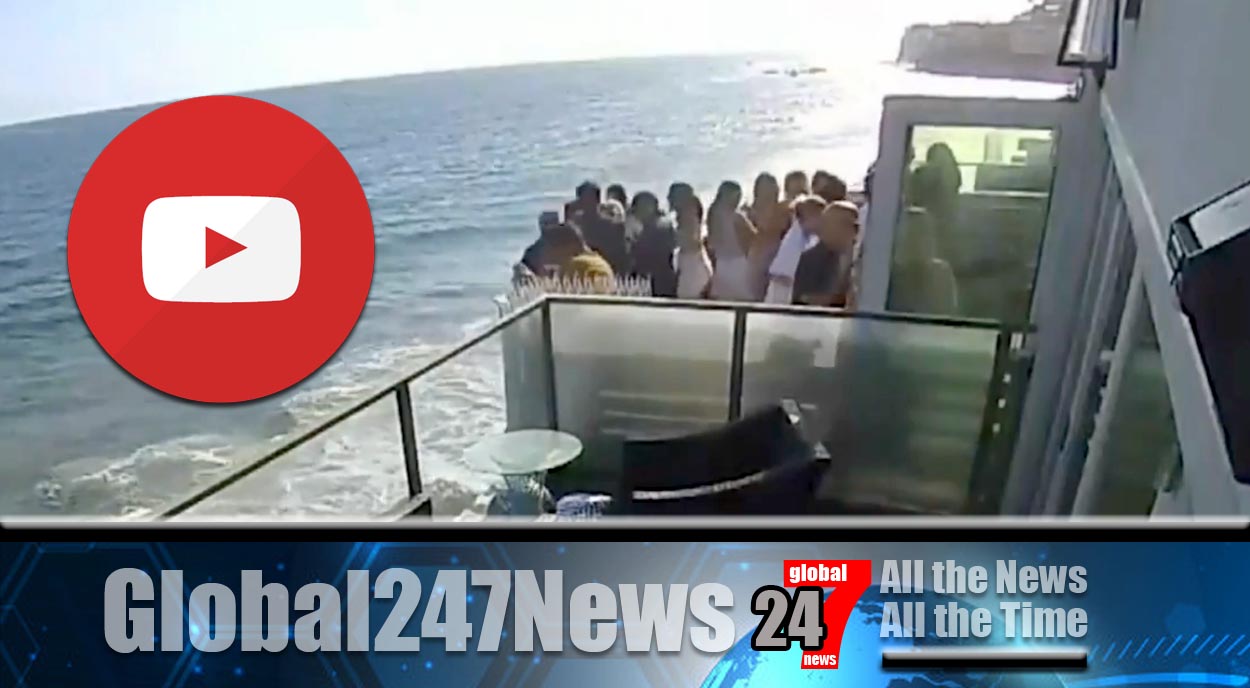 The moment a balcony collapsed that was full of people has been caught on video.

Video: Malibu party terrace collapses sending people crashing to rocks below. The terrifying incident, in Malibu, California, injured at least nine people. A witness told a local news station. “We heard a crack, and I literally saw all my best friends and my girlfriend fall 15 feet to the rocks below.”

Firemen called to the scene estimated 15 people were on the balcony of a beach house. Along the Pacific Coast Highway on Saturday. The deck collapsed, dropping them onto large rocks below it is reported.

Four people were rushed to hospital, two in a critical condition. And a further four were treated for their injuries at the scene. The eye-witness went on to say. “The deck just literally gave out. It could’ve been a lot worse, but it’s pretty awful.”

Miraculously no-one was killed in the incident. The owner of the house said she had rented it out for the weekend. But warned them not to hold any parties. After hearing from neighbours that 30 people were partying at her home she tried to call the renters.

She said she spent more than three hours trying to persuade them to leave. And just after her last call the balcony collapsed. The house has now been declared uninhabitable.

Ron Haralson of the LA County Fire Department said “Down below are jagged rocks, large rocks, so a very dangerous situation.” The home owner said that although the house had been vandalised by the party-goers she does feel sorry for those that were injured.