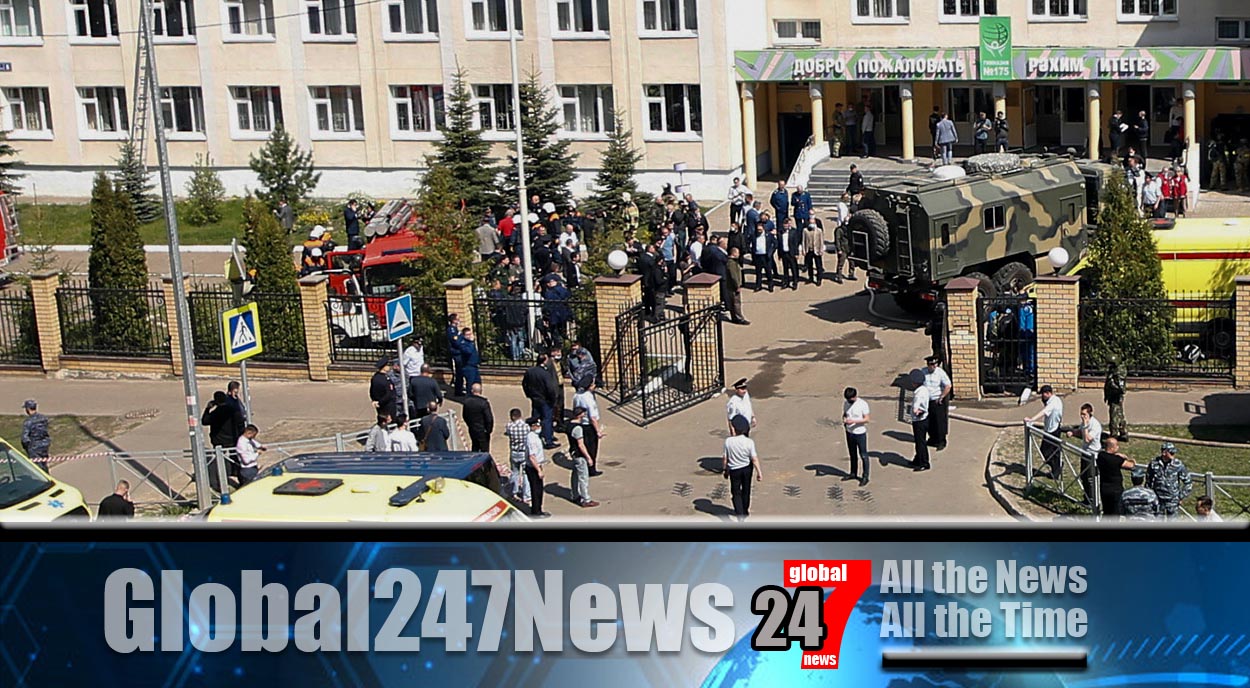 Seven pupils and a teacher have been killed at a Russian school.

Breaking News: Children massacred at Russian School. Two unidentified gunmen opened fire at the school in Kazan this morning. According to reports two of the children died after jumping from a thrid floor window to escape the gunmen.

Many more have been injured. A further 16 people, mostly young children, have been taken to hospital.

Rustam Minnikhanov, the Tatarstan governor, told reporters at the scene “Today is a big tragedy for our region, all of our country.

We are all very sorry this happened.” The Tatarstan’s police chief has now dispelled reports that the gunman had an accomplice and said he was acting alone.

The gunman has been named as Ilnaz Galyaviyev, an ex-pupil of the school. Video footage from the scene shows children jumping from windows to avoid being shot.

According to the local media reports Galyaviyev opened fire as soon as he entered the school building and a janitor managed to press the alarm button. Sixth-form student Dilyara Shakirova said “We heard the sounds of shooting, doors broken down.” She said she was in a classroom on the third floor when the shooting started and a teacher told the class to stay where they were.

She went on to say “We were led out through the back door to the yard. There were lots of policeman, firefighters, ambulances.” Schools are closing today without official orders as worried parents are rushing to collect their children.

Officials in Tatarstan declared Wednesday a day of mourning for the victims of the attack.