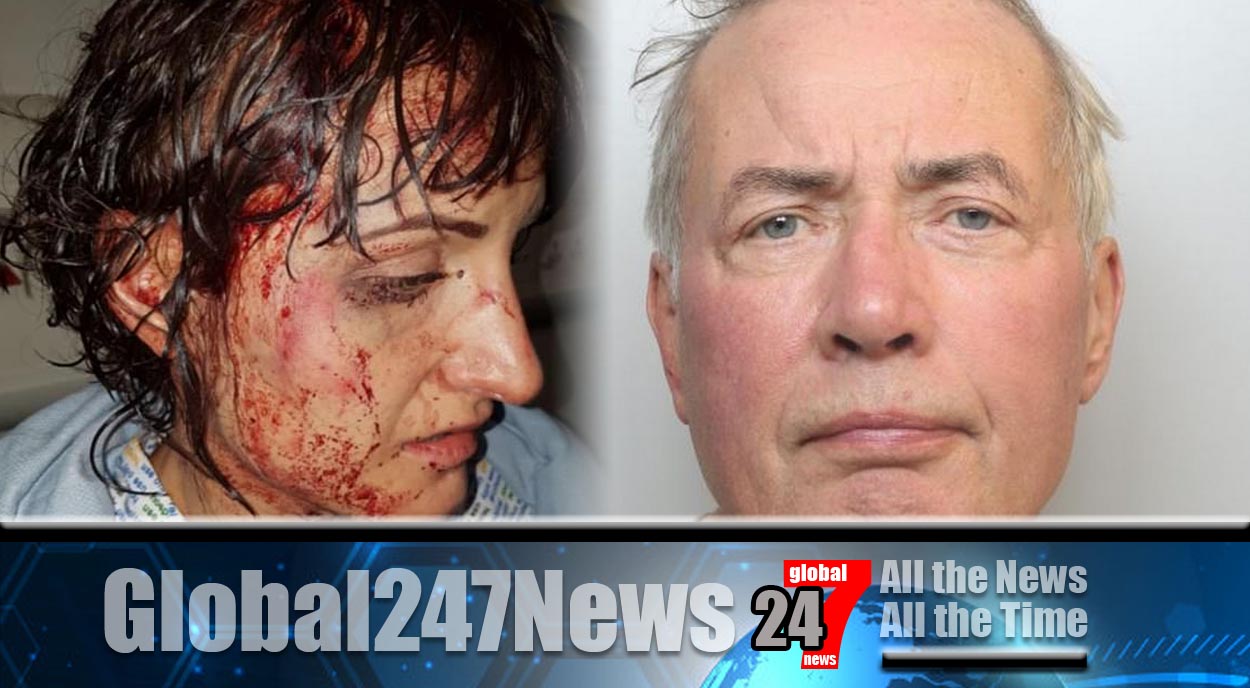 Shocking photos of a woman’s injuries have been released showing what her ex-husband did to her.

71 year old Bristol Man attacks wife with hammer and screwdriver. They show the horrific injuries she sustained after being attacked with a hammer and a screwdriver. Alec Butt, 71, assaulted his ex-wife, Anna Butt, on 29th December 2019 in Bristol.

On Monday at Bristol Crown Court he was jailed for seven years and nine months. In a statement read out in court Anna said she feared for her life and thought he was going to kill her.

She said “I was absolutely terrified.” Prior to the attack her ex-husband had hidden behind bins outside her work disguised with a hoodie. When she came out he attacked her against a wall with a hammer and screwdriver. She sustained horrific injuries during the attack.

Speaking to the court Anna said ”Throughout the attack, despite my constant attempts to fight back and disarm my attacker, I was thinking that I was going to die in that car park.

I distinctly remember during the incident that I kept seeing my children’s faces before my eyes and also my parents.” She went on to say “When I realised that it was Alec when I pulled his hood down, it confirmed what I already knew; I had been married to Alec for 18 years and I had real fears that he would do something like this.”

The brutal attack stopped when a passer-by called police and Butt fled. However he was captured and arrested an hour later. Anna told the court she has been left traumatized by the incident, saying “There are days where my anxiety is so high that I can’t face leaving the house.”

Butt claims he acted in self-defence however, during sentencing, the judge dismissed this. After sentencing was passed Anna thanked the police for helping her during the trial and also thanked family and friends for sticking by her.

She said “Those who stayed true to me when I was in huge emotional turmoil was a tower of strength. I would encourage anyone suffering domestic abuse to reach out to the police for help. They will support you and you are not alone.” The officer assigned to the case, PC Nina Foster, said “It’s hard to put into words how courageous Anna and her whole family have been to get us to this position.

To say today’s sentencing marks the end of this chapter for them would be to downplay the seriousness of what has happened. But we hope it does bring some comfort to them that this dangerous man is safely behind bars. The photographs of the injuries Anna sustained will shock and appall people.

But the mental and emotional scars that domestic abuse cases are often hidden and yet can be both more painful and longer-lasting. Alec Butt is a violent abuser. His terrifying actions are inexcusable and have rightly seen him sent to prison.

We hope today’s result and the bravery shown by Anna encourages other victims to contact police or to seek support from a trusted friend or relative. You will be believed and we can help make you safe.”