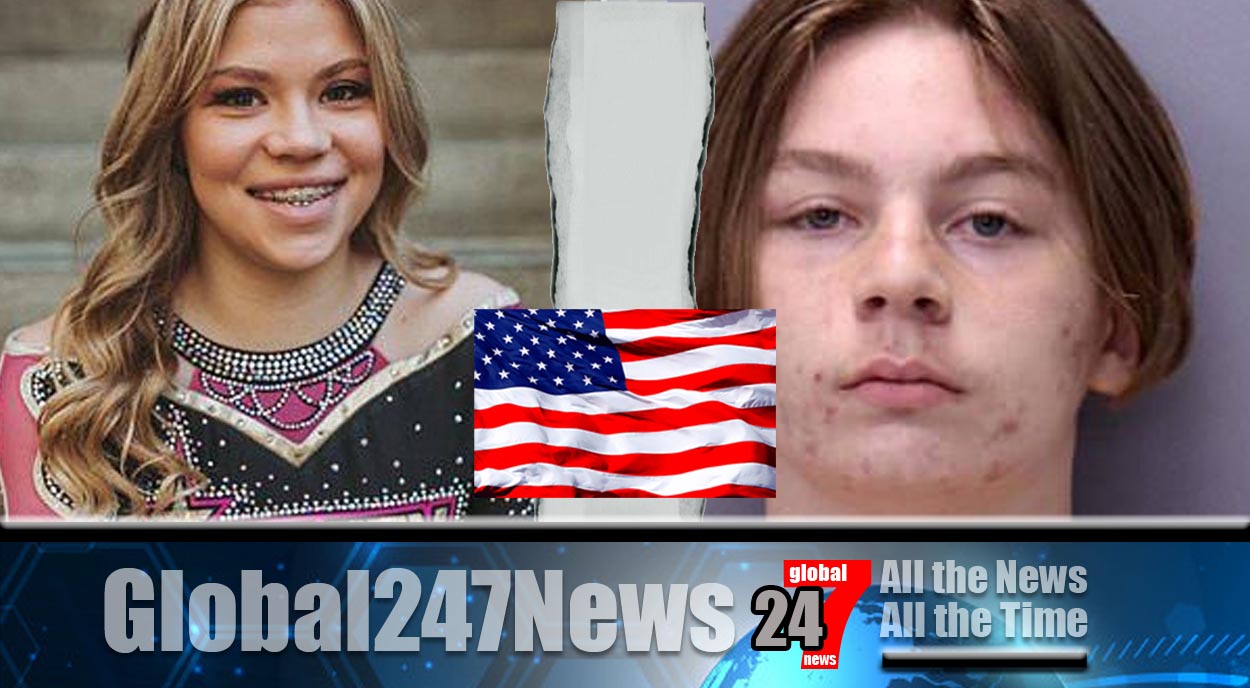 The body of a 13-year-old girl has been found in woods just 12 hours after she went missing.

14 year old Florida boy kills cheerleader. She was discovered on Sunday night. A 14-year-old boy has been arrested and charged with her murder. He took a picture of himself in the back of a police car and posted it on Snapchat with the caption “hey guys has anybody seen Tristyn lately.”

The picture was posted while the hunt for Tristyn Bailey was underway. The suspect and the victim both went to Patriot Oaks Academy at St Johns in Florida. Speaking to local media St Johns County Sheriff Robert Hardwick said “the boy is currently in custody charged with second-degree murder.”

He went on to add “This is a long process, we’re in the very early stages of this.” And that “there are no further threats to this case.” Police named the teenager during a press conference however it remains unclear if he will be tried as an adult or a juvenile.

They also confirmed the Snapchat post was part of their investigation. In a statement police said that Tristyn’s body was found fully clothed in the woods but did not reveal how she died. Sheriff Hardwick said “Justice is being served, but we know the community is angry.”

In a statement to the media on Monday afternoon the state attorney’s office said “As Sheriff Hardwick stated in his press conference today, our office will continue to investigate the case to determine both the appropriate charges going forward, and whether or not the suspect will be charged as an adult.”

Tristyn’s father had previously posted a message to Facebook saying “For everyone that is trying to help find our daughter we cannot thank you enough.” The suspect was due to go before Judge Michael Orfinger this morning for a detention hearing at the Volusia County Regional Detention Center.