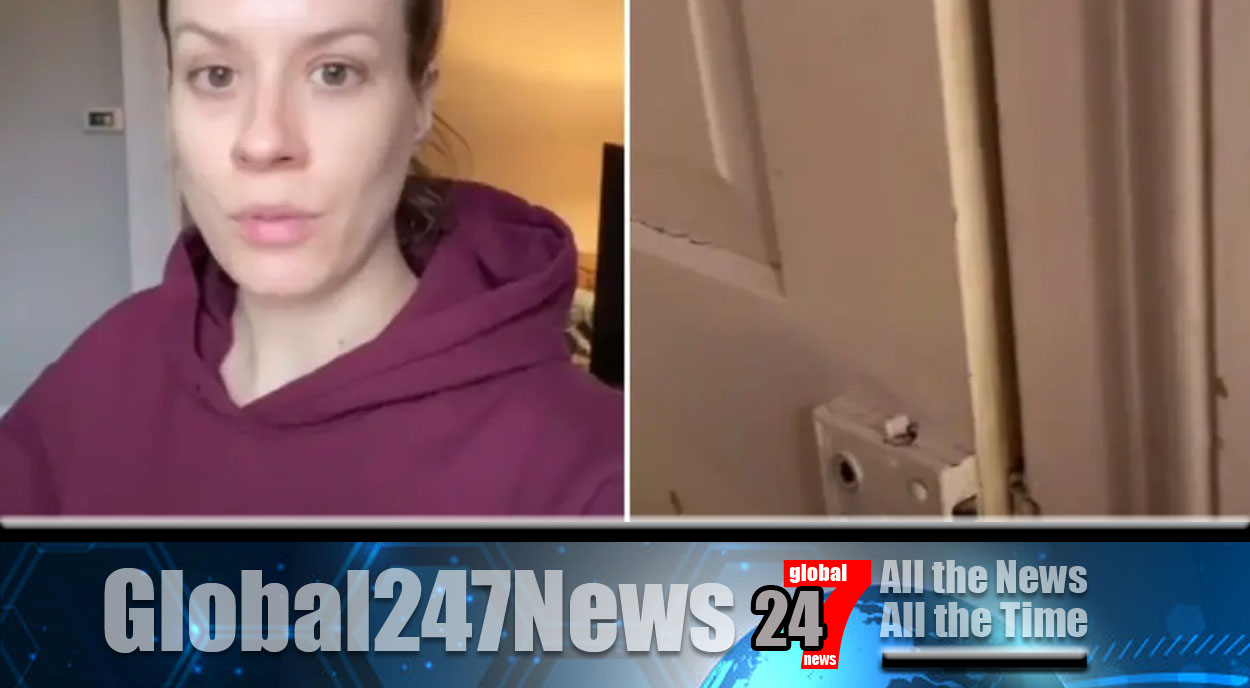 A woman who purchased a 148-year-old house has made a spooky discovery.

Woman discovers “spooky door” in ancient house. While renovating the home she bought just two months ago she has found a “secret door”. Lindsay Grummett discovered the unsettling door while videoing renovations on the house as a documentation of the work.

She found the door on a platform between staircases separating the ground and first floors. From what she could tell the door had no function and did not lead to any other areas in the house.

She thinks the bathroom is on the other side of the door. However, curiosity got the the better of her and, while her boyfriend was away working, she made a video of her opening the secret door.

The video shows timber and what looks like a boarded-up staircase. Speaking on camera Ms Grummett said “I have no idea what’s back there. Let me know if you think I should try to figure it out.”

The caption on the Tik-Tok video said “My house may or may not have a secret passage… and probably a few ghosts”.

Over seven million people have viewed it with one saying “I have no idea how someone sees this and just walks away like ‘oh I’ll deal with that SECRET ROOM later’.”

My house may or may not have a secret passage… and probably a few ghosts. #fypシ

Other viewers think that the staircase could be haunted. One said “I mean you opened up the door already so if there are spirits, they’re out so go on girl. Check it out”

The following day Ms Grummett made another video saying she is waiting for her boyfriend to come home before exploring further.

She told viewers “I’m going to be real with you, I’m a little baby and so is she (the dog), and all of you commenting about ghosts and spirits and all other kinds of weird s*** that might arise when I go into that space, I’m not willing to do it alone.”

She finished off by saying she hopes to find a pot of gold or a secret room behind the door.