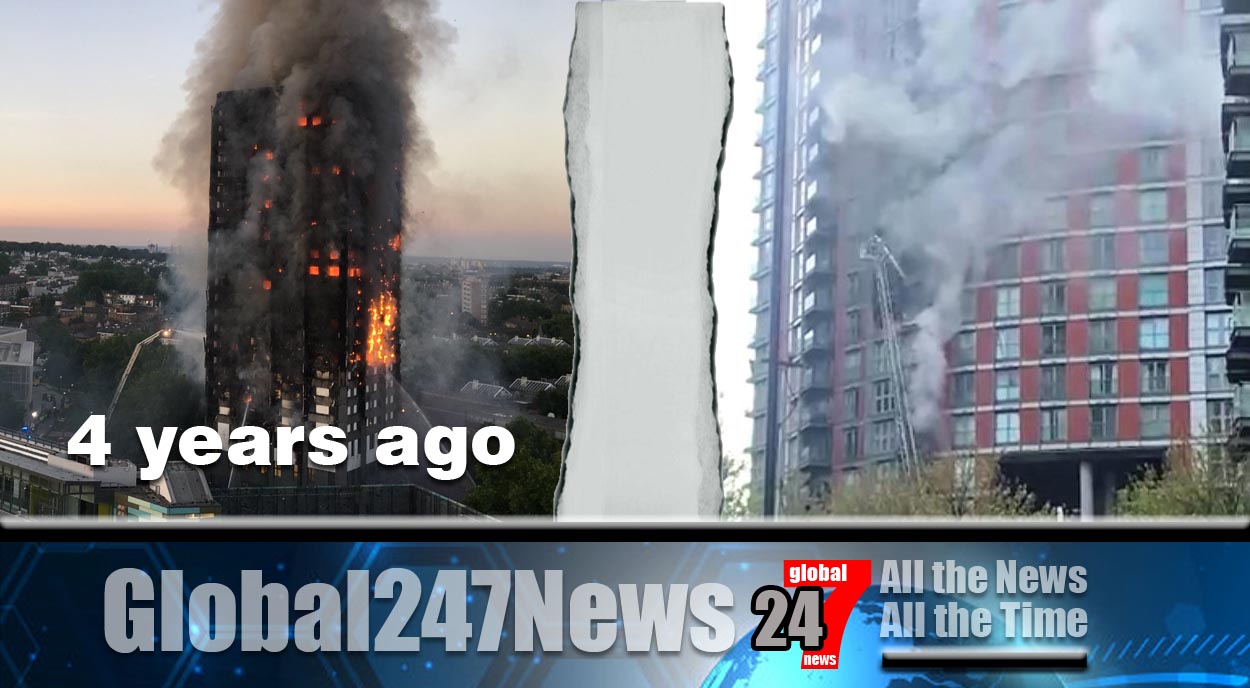 Over 100 firefighters rushed to a blaze in a block of flats near Canary Wharf.

Cost cutting causes another Grenfell Type fire in Canary Wharf. A fire broke out yesterday morning at the New Providence Wharf development. Four years ago, after the tragedy of Grenfell that took 72 lives, the country united to say this would NEVER happen again.

The New Providence Wharf is only 10 miles from Grenfell tower. Emergency services arrived on Friday morning to find parts of the 8th, 9th and 10th floors ablaze. Smoke had engulfed the building and the flames could be seen from the street below.

Two people were rushed to hospital and emergency crews evacuated tenants from their homes. Another 42 people, including children, were treated at the scene for smoke inhalation and shock.

The fire started as the same cladding that was used on the Grenfell tower caught alight. It begs the question why is this happening again? At the time of the Grenfell tragedy Prime Minister Theresa May formed the Building Safety Program which promised to “make sure that buildings are safe – and people feel safe – now, and in the future.”

The program’s main focus was to remove the dangerous cladding, made from Aluminium Composite Material (ACM), from residential tower blocks. The ongoing inquest into the Grenfell disaster states that the cladding was the main contributing factor to the fire.

A deadline was set for June 2020 to remove all dangerous cladding from these buildings, however it was missed. The owner of New Providence Wharf, Irish company Ballymore Housing, said that remedial work has started to replace the cladding and a new contractor was due on site this Monday coming.

One of the reasons it is taking so much time is that owners of buildings are refusing to pay for the work to be carried out. The cost to replace the cladding on New Providence Wharf is between £12.5 and £25 million.