May 7, 2021 Philip Schofield has been left distressed 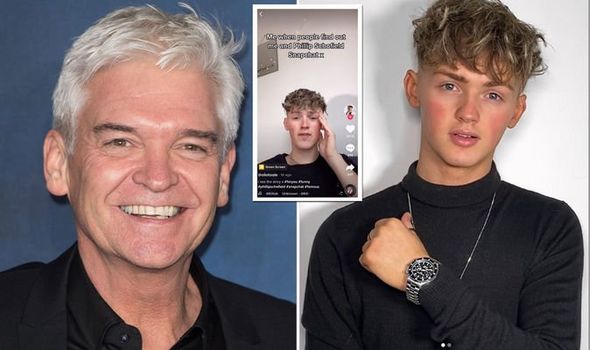 Phillip Schofield was reportedly left “distressed” after a TikTok user claimed he had been messaging the star over three years.

Social media star Oli O’Toole, who has 74,000 followers on the app, shocked the showbiz circuit with claims he had been messaging the This Morning star.

Oli, 21, set social media on fire with his video titled “Me when people find out me and Phillip Schofield Snapchat x” on TikTok.

Now the dust has settled, friends close to Phillip reportedly said the star was initially “saddened” by the reaction on social media.

A friend told The Sun: “Phil is the most caring and kind-hearted person and he if a fan messages him he will always try and reply.

“There was nothing strange or out of the ordinary about him replying to a fan and seeing suggestions from online trolls it could be something else was really saddening for him.

“Oli didn’t appear to think about the consequences of posting a video like that. It’s blowing over now but it still wasn’t very nice and at the time felt rather distressing.

“Phil will always go out of his way to make his fans feel special and will talk to everyone.”

The latest friendly messages were exchanged in February 2020 and they dated back to April 2017.

Oli shared a screenshot of Phillip’s verified Snapchat showing his username phillipschofe in a bid to prove the credibility of the messages.

He also said: “This is crazy to write but let me explain.

“Phillip replied to me (a fan) about four times in the space of three years. I posted it as part of a trend on TikTok.

“There is no story, depth or underlying thing. Stop trying to make it something it isn’t.”