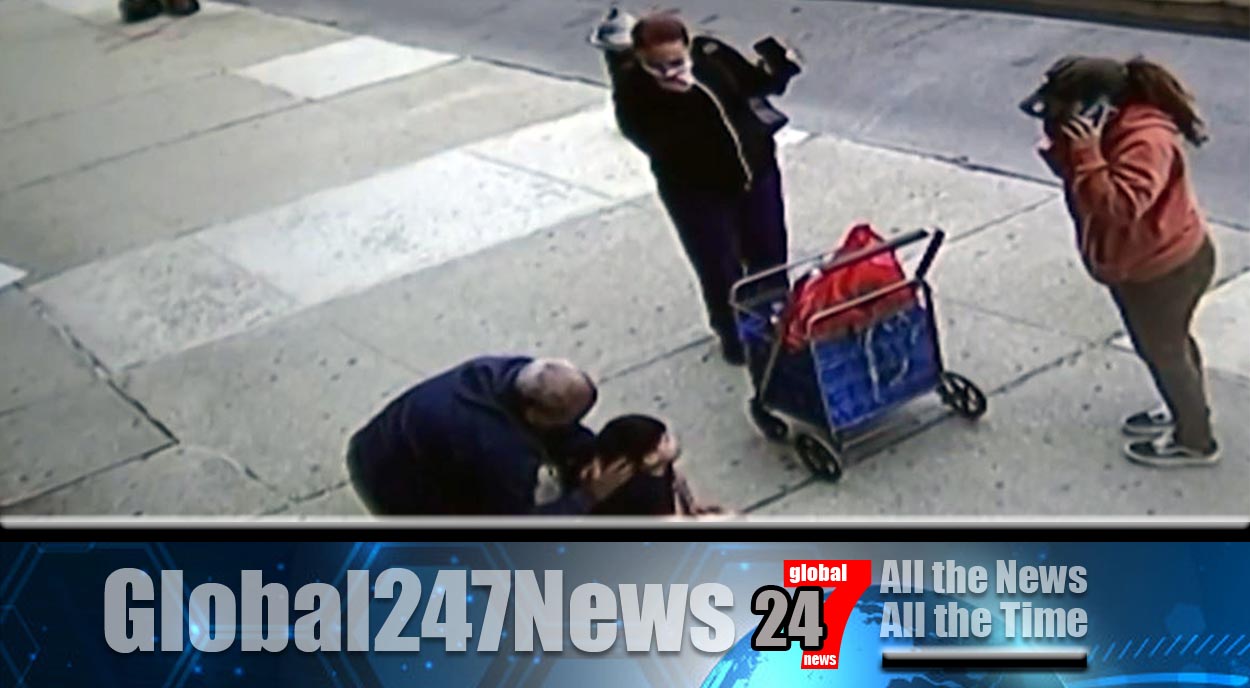 Authorities said a 3-year-old who fell from a five story window survived with just a fracture.

The terrifying moment was caught on a CCTV camera. It shows him bouncing off an awning of the shop below before falling to the pavement.

Jose, who suffers from Down’s Syndrome, was undoubtedly saved by the awning amazed onlookers said.

A passerby held him while his aunt rushed down from the apartment covering her face with her hands in disbelief.

She said Jose’s mother, sister and herself had “lost track” of what he was up to.

His mother, fearing he had been killed in the fall, refused to come down from the apartment. The aunt said “He was just looking at us in surprise.

He wasn’t crying. Just seemed scared as if wondering what was happening.” Jose is now recovering in hospital with a fractured femur. The owner of the shop whose awning saved his life, Hector Nazario, said “It’s kinda hard to look at something like that happening.

It’s a miracle the child is still alive, and it could have been worse.” Sources for the police said that no charges would be taken out against the family as it was clearly an accident.