May 5, 2021 Yeovil Beer Prices ROCKET as pubs reopen as resident claims they are London prices 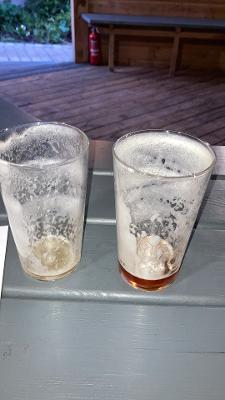 The price of beer rockets in Yeovil astonishing drinkers as the pubs reopen.

Drinkers in the town of Yeovil Somerset appear to have found pricing has rocketed since watering holes in the town have reopened.

Tom Wass contacted Global247news after he decided to visit a few reopened public houses yesterday evening to share his shock at what he was charged.

Wass, who likes a tipple after work, took to a few locations and was in total shock at what appears an increase in prices.

Whilst public houses have suffered heavily during the pandemic, it appears that they intend on pulling back profits with large increases to a pint of beer.

Wass has concluded that going out for a natter and a few jars is now impossible due to the latest pricing structures.

He said: ” I went out last night, and it seems Yeovil pubs are now charging London prices.

“The average price is working out at £5 a pint! – this is Yeovil, for god’s sake, not Canary Wharf!” he stormed.

He continued: “At these prices, nobody can afford to go out for a few pints after work for a catch-up; you need a bloody mortgage to do so.

” The cheapest pub was the Butchers Arms, at £6.90 for two pints, one ale and one lager, but as we got to Coopers Mill, I couldn’t believe what I was seeing, take a pint of Greene King IPA, they were asking £4.65, and that was the cheapest ale, Guinness was coming in at £5.40.

“We moved on quickly from there thinking let’s go out to the sticks thinking it may be cheaper getting out of town.

“Although that wasn’t the case, it got even more expensive!

“We started to see pints at over £6 …… I was astonished, and nobody can afford these prices if you like to go out for a pint. 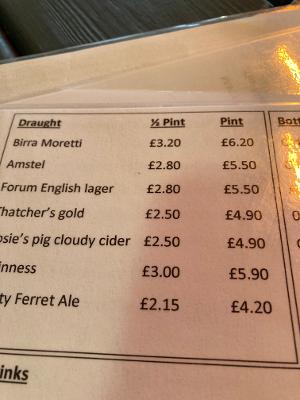 Wass continued: “These are London prices, but we don’t earn the salaries around here as they do in London.

“I spoke to one barman, and he said the pricing structures had changed due to the pandemic, but he said they should level for a few years now.

” Truth is though, say you like 3 pints of Guinness before your tea, you need nearly £18!

“It looks like the tradition of going to the pub after work is over and more likely to be a monthly treat, you would think some of these pubs would be trying to entice customers back, but it doesn’t look that way.

” Customers won’t pay these prices since lockdown, I doubt, with people getting used to drinking at home during the lockdown and realising how cheap the supermarkets are, let’s face it, you can get a pint of ale for 89p they will avoid pubs.

“These town pubs are also playing into Weatherspoons hands when it reopens; I feel they have got their marketing all wrong.

“I can’t see many pubs lasting, which is a real shame, and it looks like the tradition of a few beers and a natter after work are long gone”, he finished.