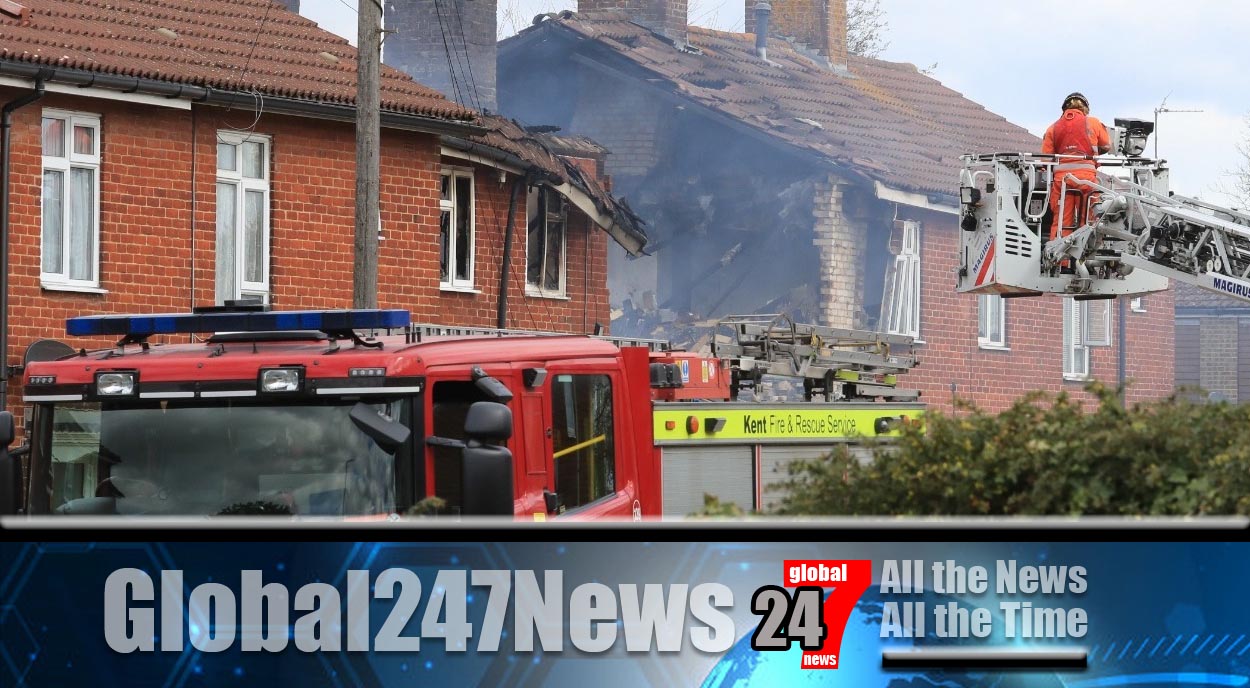 An explosion has blown off the front of a house in Ashford, Kent.

Explosion in Ashford Kent House. Police are trying to ascertain if anyone is missing following the incident.

Emergency services rushed to the scene in a bid to rescue anyone trapped inside the burning house. Police are now “working to establish if anyone else is unaccounted for.” People living nearby in Ashford said that the front of the house has completely gone after they heard a loud explosion at 8am this morning (Tuesday).

Four fire engines were called to the scene in Willesborough just before 8am and members of the public are being asked to avoid the area.

One neighbour who lives nearby said she saw people being treated by ambulance crews but they were “moving and getting up after ambulance treatment.”

A spokesperson for the South East Coast Ambulance Service said. “Two patients have been taken to hospital in London with serious injuries.

A further five patients have been taken to William Harvey Hospital in Ashford with injuries thought to be less serious. We remain at the scene in support of our emergency service colleagues.”

Local people took to Twitter to describe events with one saying. “Huge gas explosion on my road, front of the house is completely gone.”

A neighbour posted on Facebook. “It’s one house, houses to either side have some fire damage now too. Everyone okay as far as I know – emergency services at scene. All evacuated. Debris everywhere.

People in the house also evacuated and were seen moving and getting up after ambulance treatment. But their condition not confirmed yet.” Another added “Did anyone else feel their house shake at 8am?

Am in Willesborough and now the smell of burning in the air and sirens racing down Hythe Road. What is happening?” People living half a mile away said their homes shook. Wwhile one who lives a mile away, said they heard the explosion.

The official cause of the blast is not yet known however people are speculating that it could have been a gas explosion.