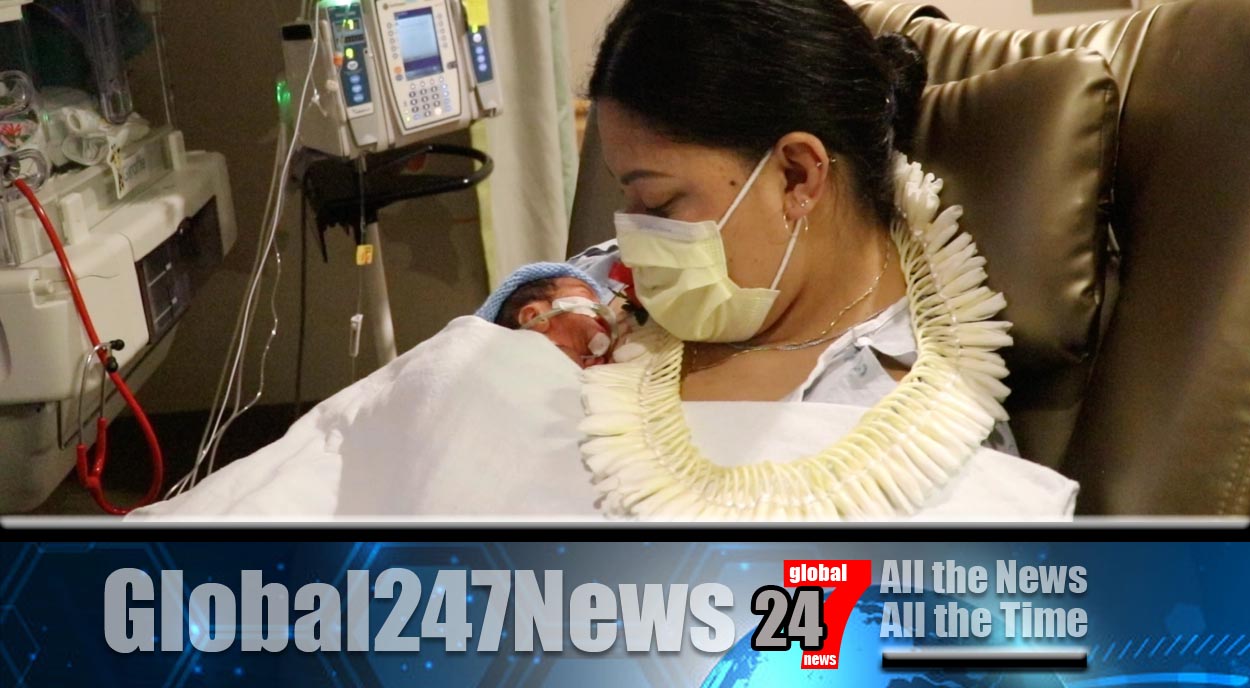 A woman who gave birth during a 6 hour flight didn’t know she was pregnant.

The baby was delivered in the plane’s bathroom. By nurses and a physician’s assistant who were fortunately on the flight.

Three hours later, when the plane touched down, the woman was met by medical services. Who took them to a local hospital. The new born baby boy, named Raymond Kaimana Wade Kobe Lavaki Mounga, has been described by his father, Ethan Magalei, as a “miracle”.

He posted on Facebook Sunday “Life. It’s a crazy thing. It’s strange knowing that millions of people on the internet know about a birth that took place on a Delta flight from Salt Lake City, Utah to Honolulu, HI.

A birth I could not be there for. But still blessed to see videos of. He thanked the medical team that helped his wife give birth and spoke about how the couple were completely unaware Lavinia was pregnant.

He went on to say. “The birth came as a shock to us both. As we had NO idea that she was pregnant.” Little Raymond was born prematurely at 26 weeks and will remain in hospital while Lavinia has been released.

Until it is safe for Raymond to travel Lavinia’s sisters have set up a fundraiser. So that she can stay in Honolulu with him. They posted on Facebook. “Our miracle baby nephew was born with three hours left on our flight and was such a strong trooper.

Our sister did not know she was pregnant. So she was just as shocked as the rest of us when our nephew was born. Lavinia and baby will be staying in Hawaii longer while baby gets healthy enough to fly back home to Utah.

Any donation is much appreciated to help our sister during her stay here. We love our little baby and can’t wait til we are able to bring him back home to Utah.”

A spokesperson for Delta Airlines confirmed the birth and said. “The safety of our crew and customers is our top priority. Our crews are well trained to manage a number of on board medical scenarios.

Every aircraft is equipped with medical equipment and crews have access to expert counsel during flight when an issue occurs.” A video of passengers clapping and cheering Lavinia as the captain announced the birth has gone viral.