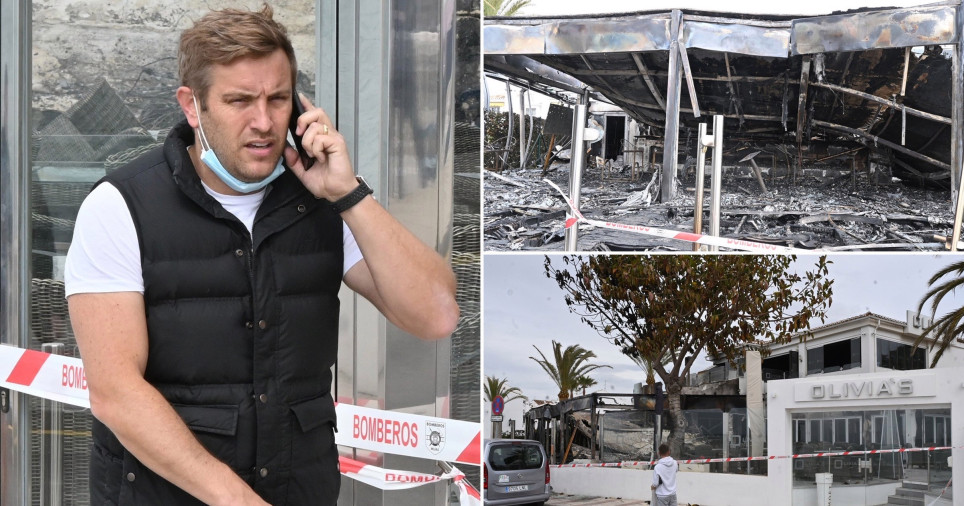 Wright who’s restaurant was ‘torched’ this week and went up in flames, slammed trolls who insinuated the fire was an insurance job.

As the news broke of yet another Costa del Sol based hospitality business going up in flames, the news quickly spread across Spain and the UK.

It brought about many thoughts from the public, expressing their views on social media, that they believed the fire, was deliberately started for an insurance payout.

Speaking to a local free advertising paper, he said: “I had a full refurb in January 2020 and who would do this two weeks before the tourists come? It’s a disgrace that people kick you when you are down!”

The comments came after many remarked they felt it was an insurance job after businesses have been crippled due to the pandemic.

According to Wright, he claims that his CCTV, after inspection, reveals that the fire was arson. He managed to secure the CCTV security footage showing that the fire was deliberately started and this evidence has been handed over to the police to investigate further.

“I’m still not convinced personally, you don’t go and start the fire yourself, you pay somebody to do it, it looks far more plausible to the insurance company.

“He says, two weeks before the tourists come? they aren’t coming in two weeks, we all know that”

Despite the views of some though, there have also been many well-wishers.

Wright claims he’s now working hard to get the restaurant to reopen as soon as possible, which are hardly the actions of an ‘Insurance Job’ according to former fraudster Gareth Child.

Former gangster Child who was banged up in jail for frauding in excess of 8 million pounds before release and going straight, told Global247news: ” If you do an insurance job, you take the money and run, you don’t use it to refurbish”

He added, ” There’s something fishy mind, you don’t just go around lobbing petrol bombs at the entrances of restaurants for nothing, this was clearly an underworld hit in my opinion, he’s somewhere pissed somebody off big style and by the looks of it the wrong person.

Child, who now lives between the Bahamas and Cardiff, finished with “I’ve seen this type of action before, if it turns out to be personal, it could well strike again, this won’t be a settled score unless Wright knows his attackers and can do a deal, he says he has no awareness of enemies, so he really needs to be on his guard because it looks like someone has it in for him, they could well strike again”

“He’s a marked man by the looks, when you become one of them you are forever looking over your shoulder waiting for the next strike” he finished.

According to Elliot’s social media channels he hopes to have part of the establishment open in June.