Apr 28, 2021 Porthcawl Bay City Roller Window Cleaner Reveals How He Saved Him From His Demons 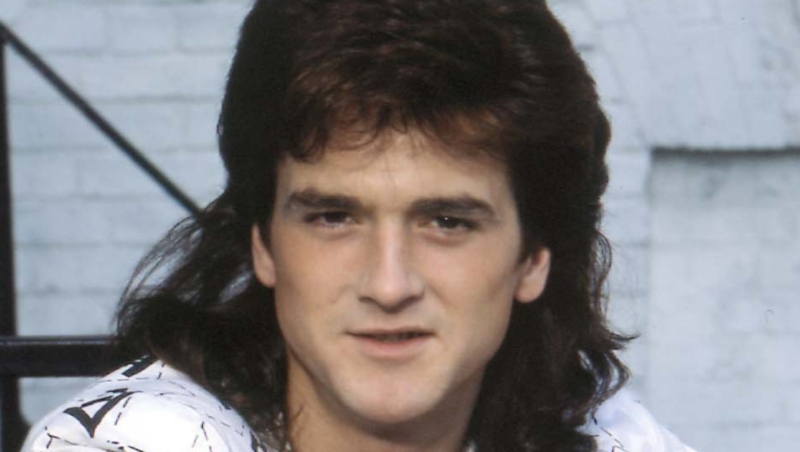 Jimmy O’Brien who now resides in Bridgend and the former Porthcawl window cleaner reveals how he was saddened by the death of Porthcawl based Bay City Roller, Les McKeowen.

“I’m still recovering from the shock, Les was always my favourite customer, he was a great man” he opened up with.

Unbeknown to many, the lead singer of the Bay City Rollers, Les, resided in Porthcawl for many years and Jimmy befriended the star singer during that time.

“He was a fantastic man and became a very close friend, he was a very private man, I never called him Les, I nicknamed him ‘Shang A Lang’ which he used to laugh at.

” Like me at the time, he had his demons with the booze and we often chatted about that over a cuppa after I finished his windows.

“Although that never stopped him being swooned by the ladies, as they say, a window cleaner misses nothing!

” We used to laugh mind, he was a funny man, I always recall him our times together, I never saw him a star but more of a friend, as well as a good tipper!

“A memory I like to share is Shang A Lang once said to me, Jim my funking neighbours on either side don’t know who I am, in his Scottish accent, I wet myself!

“Although he was glad of that really as he liked to be out the limelight,” said Jimmy.

Jimmy revealed how he was living in a hostel at the time in Porthcawl and was addicted to drink and drugs and how the star helped him beat his addictions.

“I was sniffing ‘charlie’ as it was going out of fashion, on top of that I was drinking daily 8 pints of strong lager, topped off in the evening by a couple of bottles of wine, that’s why I ended up in the hostel,” he said.

“Being in the hostel and totally down on my luck and broke, I decided I had to do something to earn and give me a purpose, so I took to the ladders and bucket and started a round in Porthcawl cleaning windows.

“I targetted the big houses with the most windows as I had no transport and that’s when I met Les.

“I knew who he was straight away but he never said anything, then one day I decided to sing Bay City Roller songs whilst up the ladder – he knew then I had clocked on who he was!

“I won’t tell you what he called me, but we both laughed when he shouted it up the ladder.

“We would have a cup of tea together and he soon spotted that I had demons and he admitted to his own, we helped each other really, he told me fame wasn’t all it was cracked up to be when you are in the spotlight and the pressure became too much, that’s why he cut his hair and moved to Porthcawl” Jimmy continued.

“Eventually we both got over our demons, I like to think we assisted each other as brothers in arms, he really looked out for me in my darkest hours.

” I always recall him calling to the hostel after I hadn’t turned up to clean the windows, he came to see if I was ok, not many stars would do that would they?” Jimmy questioned.

“Shang A Lang helped me turn my life around and I will be forever grateful for that, I like to think I helped him too.

“I kept in touch after he moved, but sadly lost touch eventually, but I said a prayer for him at mass on Sunday morning.

” He was a great great man he basically saved my life” he finished.

Jimmy turned his life around with the support of the Bay City Roller and turned from an addict to a religious helpful man who now travels regularly to New York City and Las Vegas his favourite haunts although he’s retired from working with water and up ladders.