Apr 27, 2021 Spanish Cops To Go After British Crooks On The Costa del Sol By Manned Drones 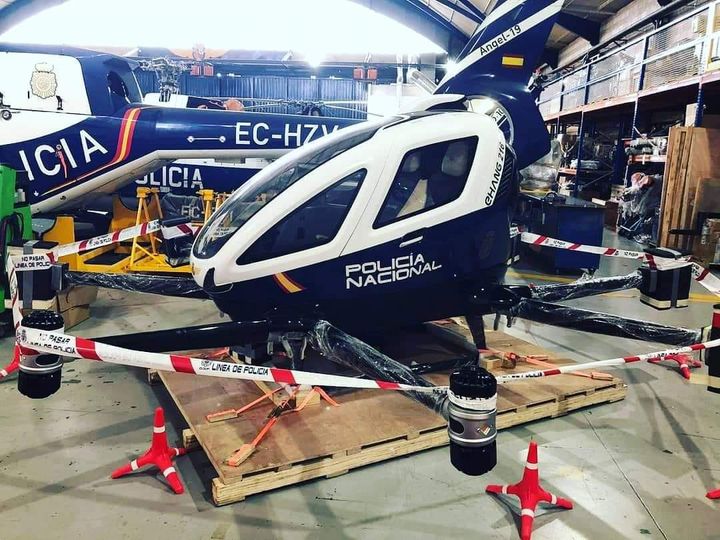 With gang warfare and crime larger than ever on Spain’s Costa del Sol the National Police are introducing a 2 manned drone to target villans.

Marbella now the hub for 59 international crime gangs has seen its crime rate soar according to a senior police officer talking to Spanish media El Pais.

He described Marbella as the UN of gangsters in a globalized world.

According to El Pais, another senior officer battling the rising of crime and gangsters said the most dangerous are the British.

One feud alone between two cartels bringing about at least 20 hits that saw mobsters executed.

The officers report also revealed that the gang members from Liverpool and Manchester are known for their extreme violence and nightly brawls around Marbella.

Now, police are to make another attempt to clean the streets of Marbella and are to deploy manned drones to follow well-known suspects.

An officer speaking to Global247news this morning said:

” We know who the suspects of organised crime are, so do many of the public.

“The British and Irish are the worst, now we are going to follow all their movements by marked drone.

“The plan is to let them know they are being followed and watched at all times by officers in drones.

“Surveillance is the key, you can’t commit a crime if you are being followed and tracked by the law constantly” he finished.

The drones that are nearly ready for deployment are made to carry two officers who will be able to fly far lower than any helicopter.

Powered by a total of eight engines, the drones will be deployed constantly to track gangsters movements around the town of Marbella and beyond if need be.

The police in Spain are more determined than ever to drive out organised crime from the town and see tracking by drone as the way to drive gangsters out.

Only time will tell if they are to be successful although speaking to members of the underworld in Marbella, there appear to be some concerns.

A gang member, likely to be targetted, spoke last night to Global247news, although he didn’t wish to be named.

The Liverpudlian said: This could be tricky, whilst it won’t stop criminal activity, it could drive it further afield, to other areas of Spain.

“IF they start following everyone, the only option will be to move operations elsewhere, away from Marbs,” he said.