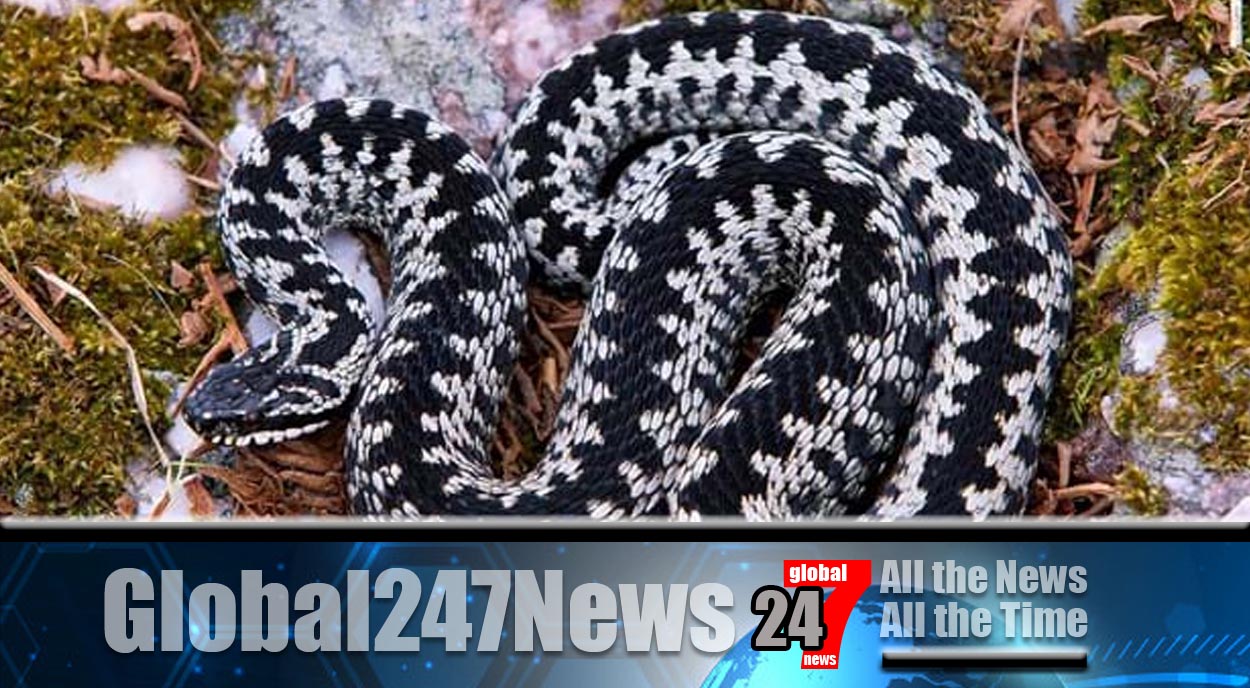 Pet owners have been warned their dogs could get bitten by adders.

Snakebite warning in Cornwall for dog walkers. The dry and warm weather have bought the snakes out of hibernation.

The warning came after a veterinary surgery in the West Country had to treat six dogs in five days for snake bites.

The dogs had to have life-saving treatment as their symptoms were said to be bad after being bitten.

A veterinary surgeon at Penmellyn Vet Group in Cornwall, Hattie Algar, said. “Keep your dog on a lead, especially if you’re walking in sand dunes or grassland. Keep your eyes to the ground. And if you do see any black and white snakes do give them a very wide berth.

More adders have been spotted basking in the sun on popular clifftop paths near Kynance Cove on The Lizard peninsula. Owned by the National Trust, at the far tip of Cornwall.”

Experts said the adders, which are between a foot and 18 inches long, will only attack if they are threatened. Or protecting their young. If they bite a person then hospital treatment is needed. As their venom is so strong.

Coastguards from the Isles of Scilly and Cornwall said. “The National Trust rangers out near Kynance Cove and some other local agencies have reported that adders have woken up. And have been seen enjoying the sunshine.

If you think you have been bitten by a snake out on the coast path and need medical assistance call 999 and ask for immediate help. Telling the doctors the colour and pattern of the snake that bit you could help them treat it.

Adders are grey or reddish-brown, with a dark zig-zag shaped stripe down their back.”

Two other wild snakes can be found in Britain. The smooth snake and grass snake. Both of these however are harmless. The Coastguard continued by saying. “Grass snakes are usually green, with dark spots down their sides. And yellow and black bands around their neck.

Smooth snakes are usually grey or brown with a dark pattern. The pattern down their backs are lighter and less zig-zag shaped than on adders.” Figures from the Reptile and Amphibian Conservation Trust show that, since 1876, only 14 people have died from adder bites.

While most people only have a mild reaction to an adder bite it can kill the elderly or frail without urgent treatment.