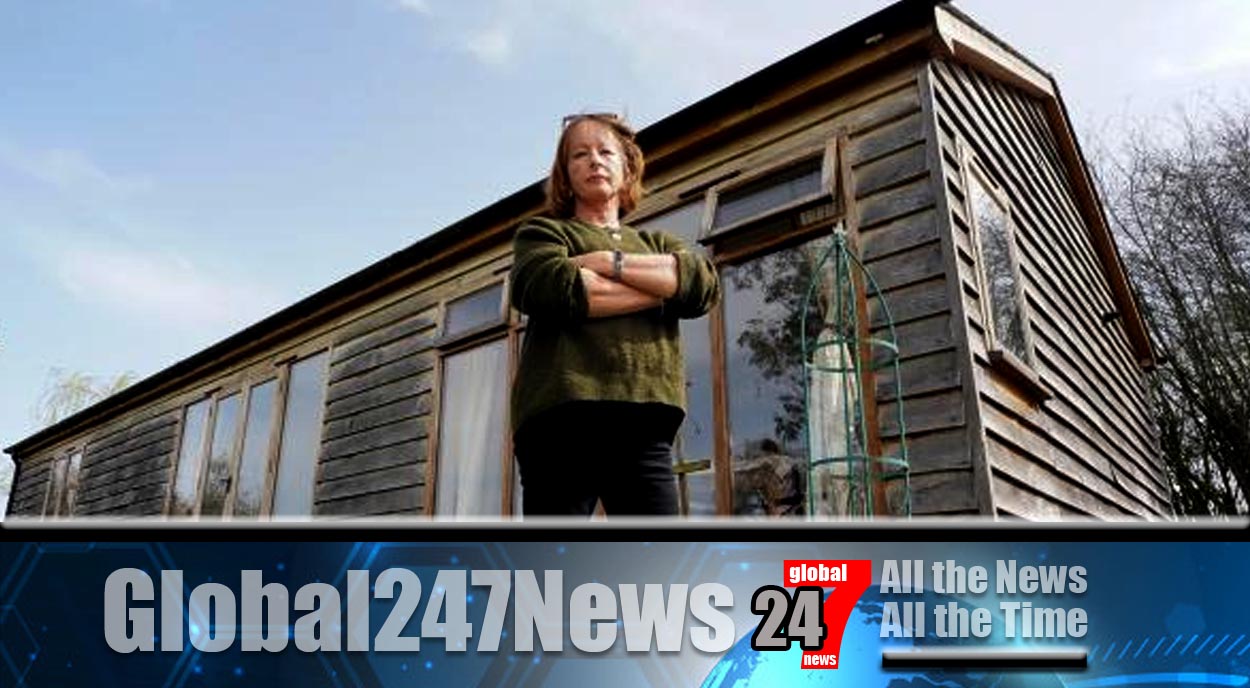 A local council has ordered a pensioner to demolish her home.

Herefordshire county council orders woman to demolish her home. They had previously granted permission for her to build the log cabin. Brigid Eakins, a 66-year-old pensioner, said that she will be homeless if she has to destroy her home.

Local authorities told her to tear down the cabin in St Michaels, near Tenbury Wells, Worcestershire.

The cabin cost £59,000 to build in 2014 and natural materials were used making it eco-friendly.

She had submitted planning permission at the time for the cabin to replace a mobile home on the same site. However the local council said planning was not needed. Since then Herefordshire County Council have changed their minds, saying the cabin is in breach of planning consent.

Brigid now has until January next year to demolish her home after appeals were rejected.

She has estimated that the council has spent upwards of £75,000 on the dispute.

She said it has cost her more than £100,000 to fight the claim. Brigid said “I’ve put everything into this house and now I’m facing homelessness. That’s how draconian and inhumane they are.

I’ll be out on the street in the middle of winter. How can they force someone like me who has lived here seven years onto the street? I’m very frightened and not looking forward to Christmas because knowing you have got to get out five minutes after Christmas is not very nice. It’s just awful to think about.”

She said she followed everything to the letter and the home is exactly as the plans stated. She continued “Originally there were four complainants over the course of application.

Two of them aggressively asked to buy the land from me. One of the original complainants withdrew his complaint and we are now good friends and the other one lives a mile away.

The council are treating me as collateral damage to cover up their mistakes in issuing an unlawful document.

They refuse to admit that all of this is their fault, they shouldn’t have said I could build in the first place.”

The pensioner went on to say “I have begged the council for assistance but they have never replied to my requests. I have owned this piece of land for 35 years and this is a really nice bungalow.

We are all being told to be green but I’m not being allowed to build a small eco-friendly cabin on my own land.” A spokesperson for Herefordshire County Council said “The council has a responsibility to follow the adopted development plan and national planning policy aimed at promoting sustainable development in rural areas, and this has remained consistent throughout.

The structure built in this location far exceeds the scope of the original plans and has prompted several complaints from the local community. The council issued an enforcement notice for the unauthorised development.

An appeal was dismissed by the Planning Inspectorate and a subsequent Judicial Review was also refused at permission stage. The site should have been cleared by August 2019, but due to the pandemic the council extended the time period for compliance until January 2022.

We would remind all applicants that they build strictly to the approved plans and notify the council should they wish to make changes before undertaking development.”