At around 5.30 AM this morning residents in La Cala reported a huge fire at the restaurant owned by Elliot Wright.

Elliot, the brother of Mark Wright, from the hit reality tv show ‘ The only way is Essex’ also hit the TV screens when ITV 4 followed the restaurant in a series of shows.

Our local reporter at the scene says the fire has been brought under control although firefighters are still dampening down.

Olivia’s is the latest victim to ‘go up in smoke’ in Spain since the pandemic which has crushed financially the restaurant and hospitality sector on Brit hangouts on the Costa del Sol as well as the Costa Blanca.

During the pandemic, it’s been an unlucky time for business establishments setting alight, with hotels, bars and restaurants burning to the ground.

An eye witness at the scene told Global247news what he saw: “It was a big one for sure, lots of damage at one stage it was engulfed in flames.

“From what I could see watching from the beach across the road, that place won’t be open for a very long time, that’s if it does reopen,” he said.

Another local, Mr Shattock, told how it won’t be a great loss to locals but more of a loss to tourists, he said, ” it wasn’t really a locals establishment, it was more of a tourist attraction really to where people went in search after either watching the TV shows or wanting a selfie with Mr Wright.

“I only went once and I found the food very expensive for what it actually was and the service slow and poor.

“It was more a posers paradise, you know the type, wannabe seen types, hanging out at the bar with one expensive G&T in an expensive shirt that they probably sent back to the catalogue company on Monday as a return.

” The establishment had a lot of complaints over the years, the main one being it was advertised as being in Marbella on the TV show, tourists would fly in and stay in Marbella and then realise they had to spend at least 50 euro on a cab, on top of the expensive prices.

“I would imagine financially it has suffered badly during the pandemic, probably more than most, I do feel for the owners and staff though, you wouldn’t wish it on anybody after building up a business, I hope they are well insured” he finished. 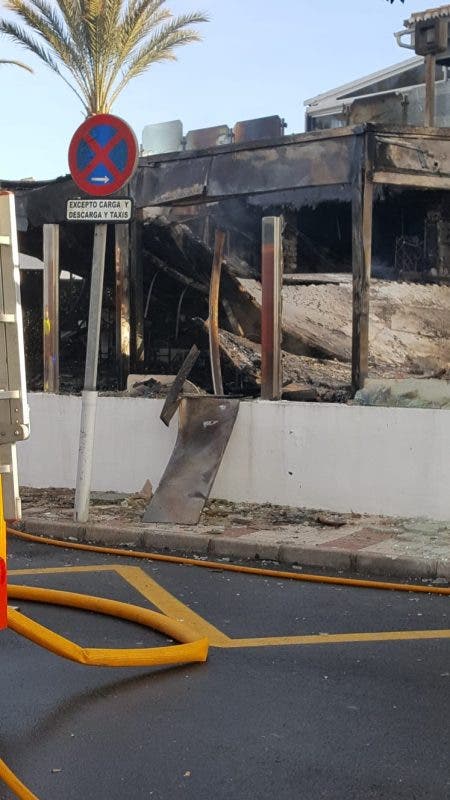