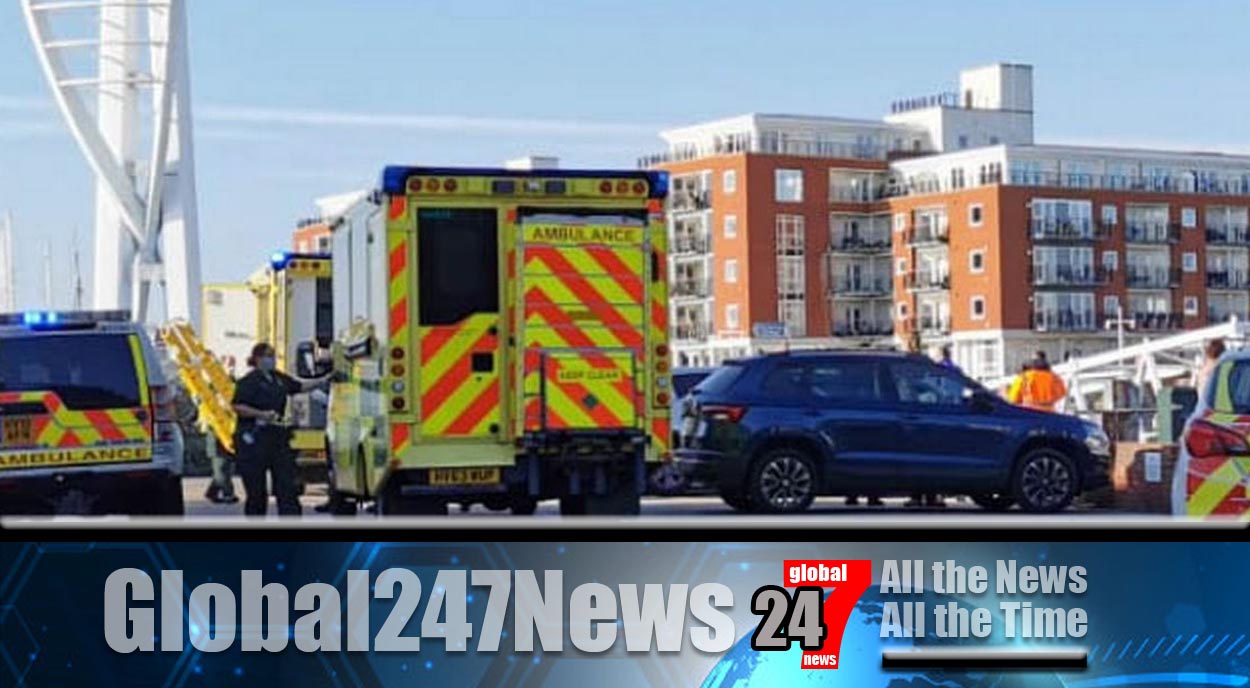 A woman in her 40’s has been rushed to hospital with life-threatening injuries.

Hovercraft horror incident in Southsea. According to Coastguard reports she was involved in an incident at Southsea Hovercraft Port in Hampshire late Saturday afternoon.

She had to be rescued from the sea by Gosport and Fareham Inshore Rescue Service before being rushed to hospital where it is said her injuries were “life-threatening”.

A spokeswoman for the Coastguard said “HM Coastguard received multiple 999 calls about an incident near the hovercraft slipway in Southsea, Portsmouth.

Portsmouth coastguard rescue team, Gosport independent lifeboat and the search and rescue helicopter from Lee-on-Solent were sent, in addition to MoD Police vessels from Portsmouth Harbour and the South Central Ambulance Service.

A woman was pulled from the water and passed into the care of the ambulance service. The Marine Accident Investigation Branch (MAIB) and Hampshire Constabulary have been informed.”

A spokesman for Gosport and Fareham Inshore Rescue Service said “We were alerted at 5.30pm, launched within six minutes and on the scene within four minutes.

We recovered the casualty, brought her into Camber Dock in Old Portsmouth and handed her over to the ambulance service.”

A South Coast Ambulance Service (SCAS) spokesman said “The incident in Old Portsmouth earlier was in relation to a woman in her 40s who was found unresponsive in the water by the Coastguard and recovered to Camber Dock lifeboat jetty where they were met by our team comprising two ambulance crews, a paramedic team leader and an emergency doctor.

After initial treatment the patient was then taken to the Queen Alexandra Hospital where she was handed over to colleagues in the emergency department in a life-threatening condition.”