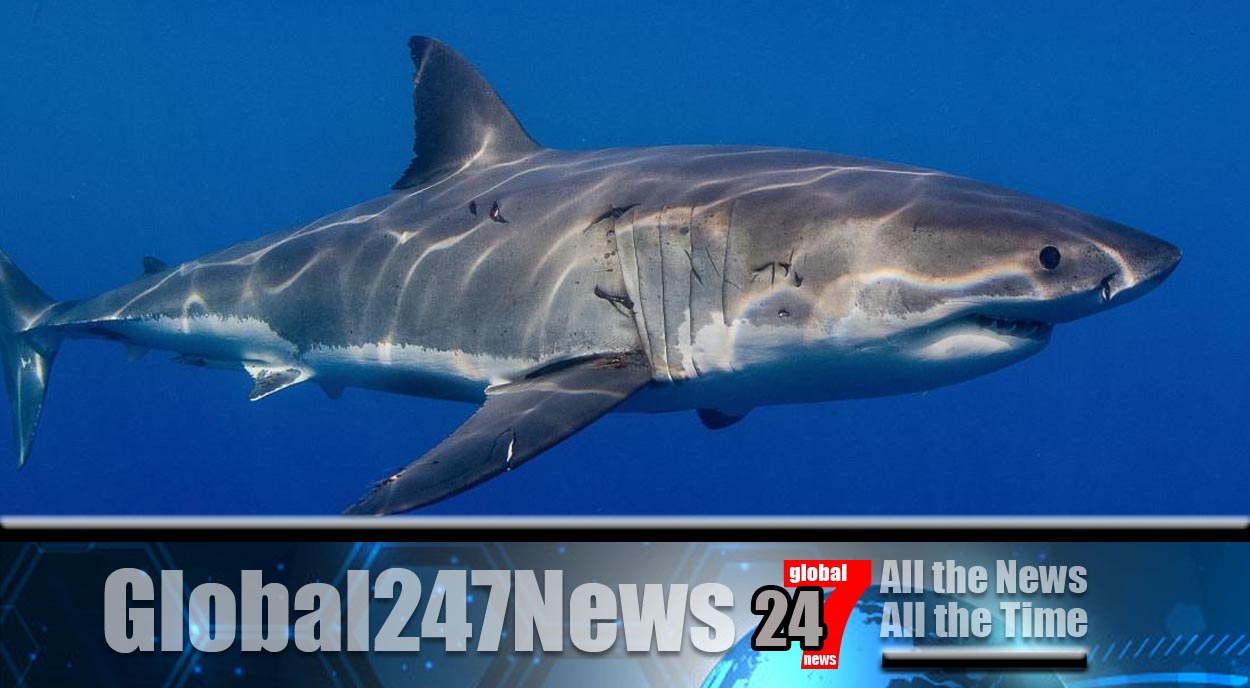 Great white shark tracked crossing Atlantic heading for UK waters.  It is only the second ever to have crossed the Atlantic. Nukumi, a 17-foot female great white, is en-route to Europe from America, crossing the Mid-Atlantic Ridge which is hardly ever used.

Scientists who are monitoring the 50-year-old shark’s journey also believe she is pregnant. Previously a great white shark named Lydia was tracked making the crossing back in 2014, managing to make it to the Portuguese coast.

Nukumi has a tag on her dorsal fin which “pings” her exact location via GPS back to researchers at OCEARCH science organisation.

The tracker shows that she swims on average 44 miles a day and has covered 5,500 miles of ocean so far.

Now, that is less than her distance from the U.S. coast, so she is capable of reaching the UK coast. But we would not predict that she will do that, as white sharks are rare off the UK.”

Scientists are waiting to see if she turns back after giving birth or carries on with her journey. Dr Hueter added “If she does not turn back soon, she might go to offshore islands or seamounts in the eastern Atlantic, places like the Azores.

Or perhaps she will head towards the opening into the Mediterranean Sea, as there are white sharks in the Med. But again, none of our other sharks have done that. All of this is speculation that awaits more tag locations.

If she behaves like other sharks that have showed a similar pattern, she will make a turn and loop back into the western Atlantic. But we have only watched a few sharks do this, so we can’t say for sure that Nukumi will follow the same migratory pattern until she gives us more locations from her satellite tag.”

Nukumi’s only present danger is being caught in fishing nets as the area is a heavy fishing ground. Dr Hueter went on to say “One concern we have is that there is major fishing activity out in the areas where she is traveling, with huge fleets of longliners fishing for other species.

She is a massive white shark and could tear through a lot of fishing gear, but any interaction with hooks and lines could pose a severe risk to her survival.”