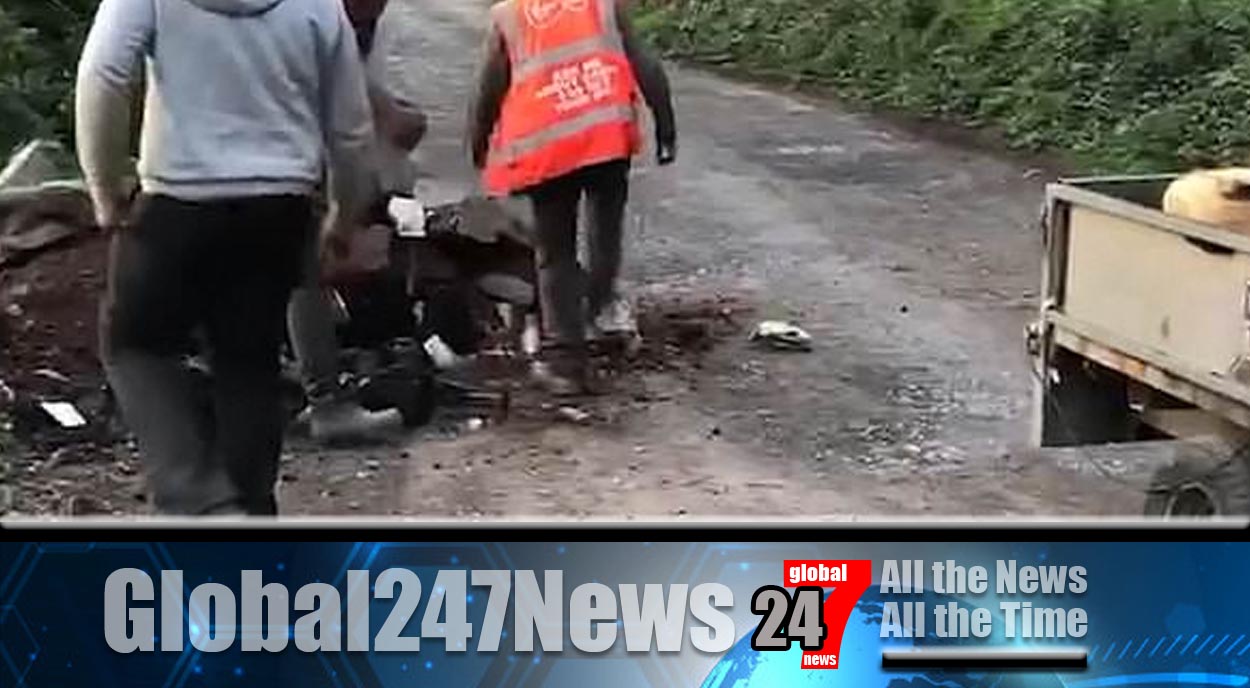 After a woman confronted fly-tippers dumping rubbish she took their van keys away.

Devon woman confronts fly-tippers before stealing their van keys. The three men were getting rid of building waste at a local beauty spot.

The woman,who lives nearby, spotted them while in her garden putting her chickens away.

Ella, 29, who did not want to say her surname, said she ran up to them filming and taking photographs. Apparently they were so shocked they had been caught they didn’t know what to do.

She said “I was just shutting my chickens away when I could hear a commotion and gravel being poured away. I thought no one on the estate would be working 7pm at night? I ran round and saw them tipping everything out, so I got my phone out and ran up and started filming them and their faces.

There was all this rubbish everywhere – they must have unhitched the trailer to use the van to tip out all the rubbish. I then grabbed their car keys which seem like a sensible thing to do at the time.

It was a bit stupid – one girl and three guys. We get so much rubbish dumped there because it’s quick access off the motorway. We get all sorts – random washing machines, all sorts of stuff.”

She told how she quickly called for back-up and her boyfriend arrived a short time later with mates to the scene in Ugbrooke, Devon. The police were also called.

Ella spoke to the men who apologised and said the local tip was closed and they were going to come back the next day to collect it and take it to the tip.

Ella said fly-tipping is a huge problem in the local area and she wanted to get photographic evidence. She went on to say “My grandad was a policeman so I think I must take after him.

I wasn’t worried at the time – I was so mad I didn’t think. When I look back, I was lucky as they were fiery and didn’t do anything to me. They were completely shocked. I just ran through them and filmed them all and they didn’t know what to do. The men weren’t nasty – they were apologetic. They were picking it all up as soon as they saw me.”

After speaking with the police at the scene Ella said “The police told me its highly likely it won’t get to court. They were saying in the eyes of the law – a policeman has to see them actually doing the offense. They can just say they were just picking up the rubbish. But you think I’ve basically caught them red handed it doesn’t make sense.

I said I’ve got it on film – it’s annoying because I can see its not going to get far without getting the ball rolling myself.” Devon and Cornwall police have been contacted for comment.