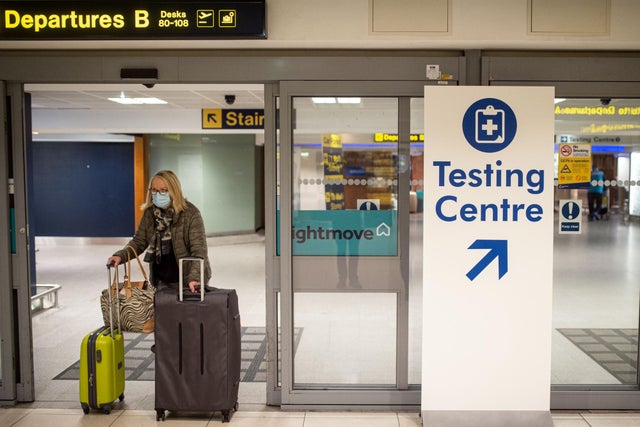 After Global247news broke the news of the leaks coming out of Whitehall to travel agents, that Spain was to be placed on ‘green to go’ on May the 17th, under the UK government’s traffic light system, it wasn’t long after the Daily Mail, Daily Mirror and other British national news titles also reported the same.

The news, according to British based travel agents, saw sales rise for Spanish holidays by 160%.

Although travel agents reported too, that the costs of PCR tests for British holidaymakers performed like a “Sales Prevention Officer”.

Travel agents feel that 1 in 3 enquiries yesterday for a holiday to Spain questioned the PCR costs and enquired if there were any discounts with holiday packages.

The feeling in the travel industry is that the cost of the test, especially for returning to the UK is too high for the average British holidaymaker.

These facts were also backed up by Global’s extensive readership of those wishing to go on holiday, who either contacted our newsdesk or commented on our report.

The costs were also raised in both social media groups in the UK as well as Spain.

” We could have trebled sales and bookings to Spain yesterday after the news started leaking out of the government.

“Although the current costs of the PCR tests have been nicknamed ‘The Sales Prevention Officer’.

“The current costs are holding back thousands of bookings, especially families, where an average family could be paying up to a grand extra on top of their holiday,” he said.

On social media, hundreds reacted also to the news and stated they were not going to be going anywhere whilst the PCR test costs are in place.

Richard Stent was one of those hundreds to comment when he stated:

“Despite the news today, I will not be booking anything abroad until holiday companies subsidise the PCR costs.

“Either that, or the UK government do something about them, the same tests are far cheaper in other parts of Europe.

“The added cost for my family of these tests, is nearly the equivalent of an extra week away.

“With the UK’s summer forecast the way it is – this year will be a couple of weeks in Devon & Cornwall.

“The money that would be spent on tests can pay for the higher daily costs of holidaying in the UK, such as food and drink” he finished.

Mary Whittingham was another who expressed she will be heading to the Devon coast although she also thought it was the wishes and motive of the government, as she said:

“I’ve been holding off, but yesterday I dipped into the market, I made an enquiry for Benidorm, but with the testing costs and far higher pricing than last year, I decided against it.

“We have now booked for Saunton Sands in North Devon and will look at Spain for next year possibly instead.”

Adding further: ” Personally I think it’s what the government want, us spending in the UK to recover the economy whilst not risking bringing back the virus from abroad – I can understand that really”

In Spain itself, speaking to Global247news, Adam Brown a businessman in Marbella, a former local councillor said:

“It’s great news that bookings are up but sad that they could be far higher if these test costs were not in the way.

“Businesses here are desperate for trade from the British holidaymaker, although in some quarters, the mentality towards test costs is wrong.

“For instance, the local  free newspaper here has written a letter and formed a petition for ex-pats living here to have priority, in regards PCR test costs, whilst it should be the holidaymaker.

“British and Spanish businesses would benefit far more from UK holidaymakers having their PCR test costs lowered, rather than those who live here.

“In my opinion that’s just selfish and wrong, it should be holidaymakers being given priority, although it looks as if the majority agree with my opinion looking at the small numbers who have actually signed it” the former councillor said.

How much do PCR tests cost?

PCR type Covid-19 tests cost about £120 each, according to Mr Shapps of the British government.

However, he argued that the cost of these tests that will be required for foreign travel need to be driven down, following criticism from the travel industry.

Although at present there are no signs of the costs decreasing.

Tests required both ways would see a family of four have to pay currently an extra £960.