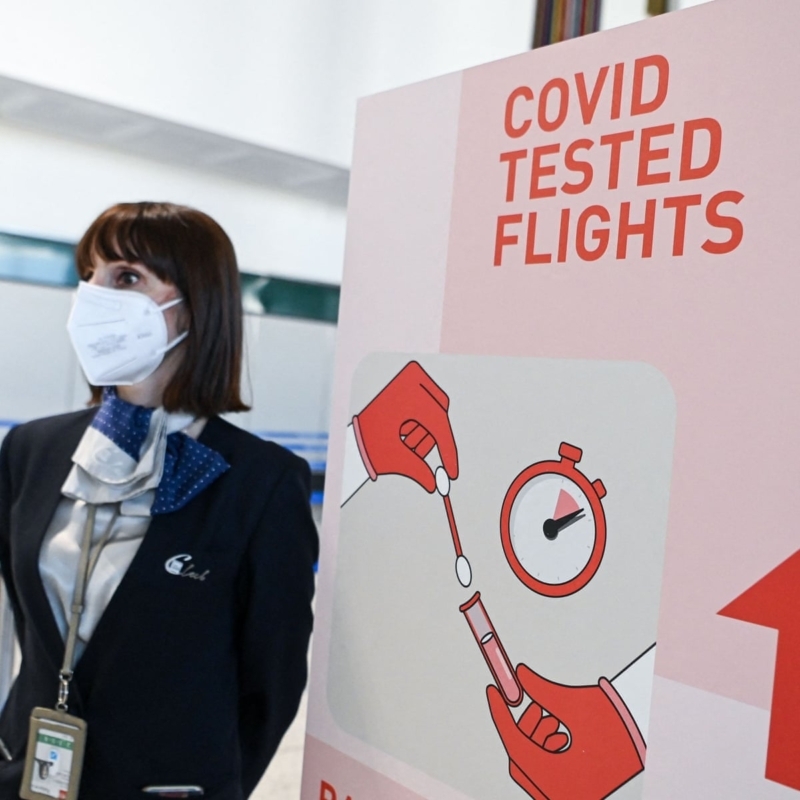 BRITISH nationals residing in both the United Kingdom and Spain are relieved to see a recent petition only signed by the minority.

The petition and campaign was launched by a free newspaper in Spain called the Euro Weekly News.

The Euro Weekly News unpopular CEO Michel Euesden has written a letter to Grant Schapp’s, begging for priority for British immigrants in Spain.

The priority call was that British immigrants residing in Spain should be given priority and be presented with a cap on PCR test prices.

Last week, we reported and published the initial outrage in regards to both British nationals living on the Costa del Sol and in the UK as the petition was launched.

Many residents thought it was a self-publicity propaganda stunt by the Newspaper owner, rather than a genuine plea.

Euesden’s petition was promoted as on the website of the newspaper.

The promotion claimed in the letter to the British government, it was for the concerns of Brits not being able to afford to see their ‘loved ones’ due to the price of PCR tests in the UK

Although, out of around 400,000 British immigrants residing in Spain, legally, the petition as of the time of publication, has only received 175 signatures.

Out of the 175, a high number of those signatures are from readers based in the UK with a political view or travel preferences.

For example, Janet Izod from millionaires town in Chigwell Essex, who signed the petition saying: ” Profiteering from the pandemic is disgusting”

Another in affluential Essex, Joh Lewington claimed on the petition, “It is never right for companies to profit from the misfortune of others”

Managing Director, Mr Adrian Vincent, who is avidly against the petition to the British government, has been studying the petition on a daily basis.

He told Global247news this morning:

” It’s shambolic, people signing from Chigwell, the home of Sir Rod Stewart and Lord Sugar and many other rich and famous.

“How can’t you afford a PCR test if you live in Chigwell? – get on with ya!

” Although what really incensed me was a comment from one who signed from leafy Stourbridge.

” Her name on the petition is Diane Bate and she says,

I have a property in Spain, I also belong to a singing group and I have many friends who live there both Spanish & English.

I love the people the weather and the Spanish way of life!

” Come on this is pathetic,” said Vincent who went onto explain,

“Despite only having 175 signatures, this petition can’t be taken seriously by anyone surely?

” Diane Bate, bless her, signs despite living in Stourbridge as well as owning property in Spain, I’m sure the British government minister will really feel for her suffering” he mocked.

Vincent went on, ” If anyone should be given priority, It’s not the likes of her, it should be the average holidaymakers to Europe.

” As for the British immigrants who are on the petition, they chose to leave the UK so why request from the British government?

“This petition is farcical and a shambolic joke and nothing more than self-publicity by the newspaper in my opinion” he finished.

After the publication and revelation to the British people living in the UK of the petition outrage poured out.

Over two thousand people took the time to comment on social media against the request of Michel Euesden and her newspaper title.

Such was the outrage a high majority were unprintable after citizens read the article, petition and studied the public profile of ‘The Euesdens” on social media.

One of the printable ones, from Gareth Hughes in Newport read:

” I really don’t know who this woman thinks she is, you only have to read her public page on Facebook to get a gauge of her.

” It’s embarrassing and the Brits in Spain must be totally embarrassed with this petition although by the looks of it the majority have just dissed it off, thankfully, looking at the numbers”

The same sentiment came from talking to Brits in Spain,

Warren in Spain’s Fuengirola said: ” Yes it’s totally embarrassing, we don’t expect priority and assistance here from the British government – this woman who is always courting publicity and her own name around here isn’t, in my opinion, doing it for the ‘People’  – she’s doing it for her own selfish gain, publicity for her paper, that’s all.

” The low count of signatures demonstrates our feelings here I believe.

” No doubt it will be on the streets here tomorrow as they sling out the free newspapers, I don’t read it myself, it’s normally full of old news, a week old, and adverts but I will pick one up tomorrow for a change” he finished.