Apr 18, 2021 Man pouring pint over his head in excitement during first drink after lockdown goes viral 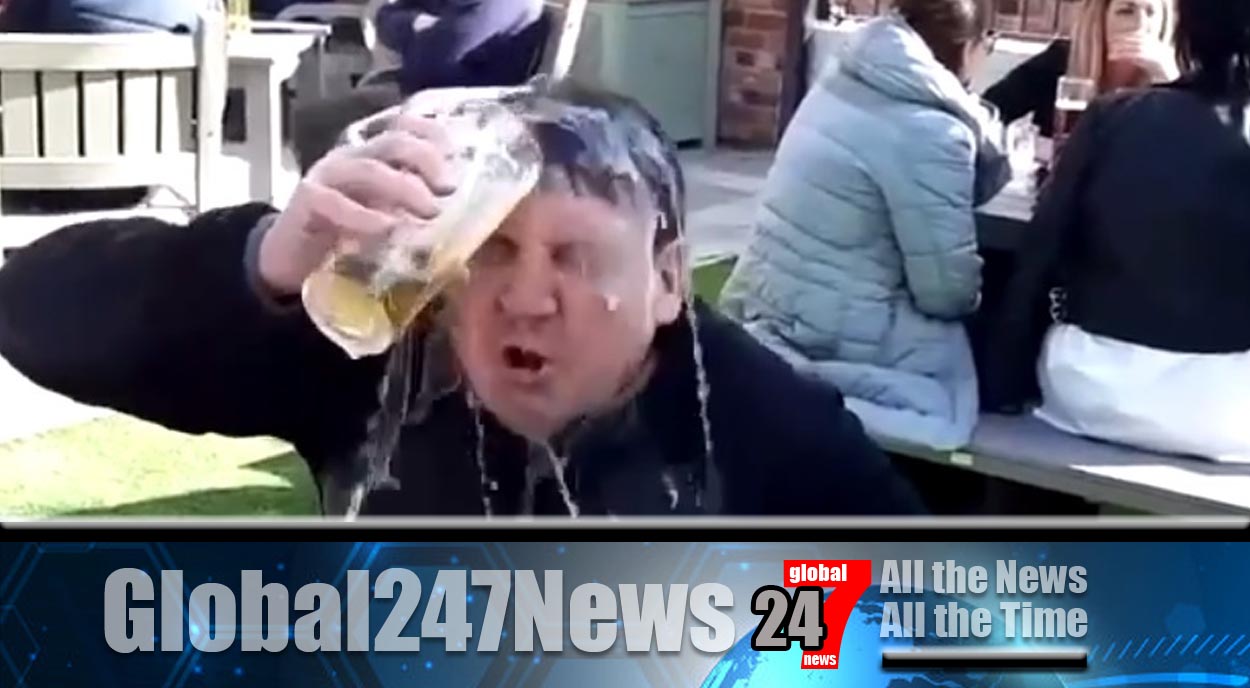 Footage has gone viral of an over-excited man pouring a pint over his head.

Man pouring pint over his head in excitement during first drink after lockdown goes viral. The pub-goer was enjoying his first outing since lockdown eased.

The man, Charlie Richards, 45, was so excited to be back in his local he showered himself with his first pint. He hadn’t been able to drink in the pub for four months. The hilarious video was filmed by his friend Mark Williams and posted to Facebook.

It has received 210,000 views and now gone viral across the world. The comical incident happened at The Abbey in St Helens, Merseyside, as the two friends were beside themselves with joy.

As Charlie washes his face with lager before tipping half the pint over his head Mark bursts out laughing.

Charlie, who co-owns a window manufacturing business, said “I live quite close to my local and it’s a really great pub. I’m always messing around really but on Monday the sun was out and I got two pints instead of one because there was a queue.

My mate was just doing a video showing everyone there really enjoying the day as the pub has just been done up. As the camera went onto me, I got a bit excited and ended up splashing the beer on my face like aftershave before pouring it over my head for a few laughs.

I didn’t plan on doing it. I just thought ‘whatever’ and poured it on my head. There were a couple of girls sitting at the back and you heard them gasp and then there were people looking at me like I was a bit weird.

But I only live close so I walked out to get changed and the landlord just rolled his eyes and wasn’t surprised. And then I just came back and ordered another pint.” He is reknown for mucking about in the pub but cannot believe the video has been viewed by people as far away as Dubai and New Zealand.

Charlie went on to say “During lockdown we just filmed a stupid video of me on the floor on all fours crying outside the pub on the day it shut. I put that on social media and that went massive but this video has taken off like I never imagined.

All of my friends were texting me saying Charlie you’re on 60,000 views and that I was famous and then before I knew it it was on 210,000. I have a mate who lives in New Zealand and he text me about it because someone in his office showed him the video and he recognised that it was me.

Another mate is working in Dubai at the minute and he text me about it too. It’s just gone absolutely crazy for something that was just a little laugh. It was just something to cheer people up. I was just so made up to be back in the pub and the sun was out as well and it was just good to see a pint glass instead of a normal one at home. It’s just good to be back in my local and I’m sure it’s the same for everyone.”