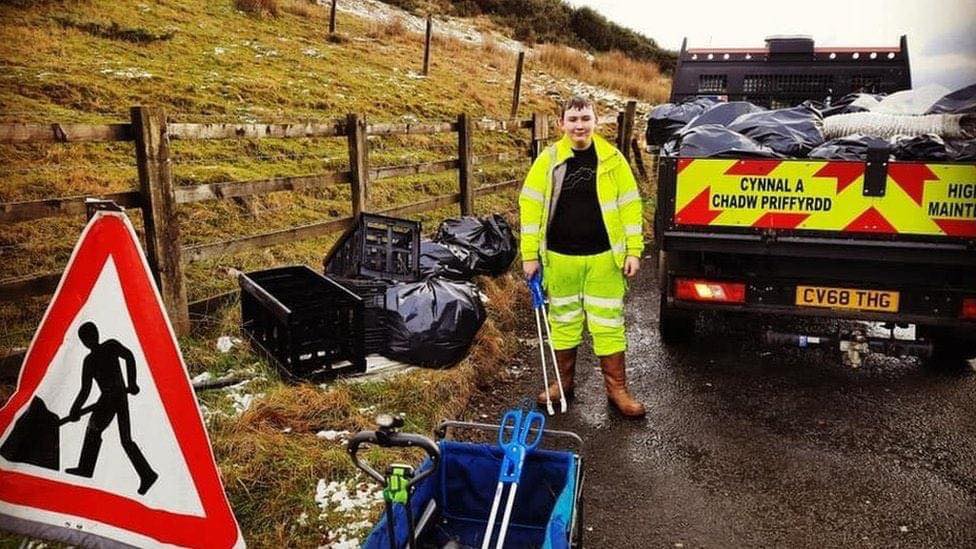 Daniel Lewis was so fed up with fly-tipping and litter in his hometown, he took the initiative and started cleaning the streets himself.
The 16-year-old said he had “had enough” as fly-tipping has become such a “big problem” in Merthyr Tydfil.
Fly-tipping in the South Wales town was once described as on an and now Daniel seems to be inspiring youngsters to fight back.
“I’ve seen five or six-year-olds going to the park to pick litter,” he said.
Daniel has come to an agreement with the Merthyr council that if he cleared an area of rubbish, the authority would collect the bin bags he fills.
Residents in the Welsh town are full of admiration for the teenager.
Tommy Lewis told Global247news “Hopefully he’s an aspiration to others and many of us on the Gurnos can’t thank him enough for his splendid efforts.
“It’s just a shame we have fly-tippers in the first place, I don’t think it’s locals, personally I feel they come up here to dump,” he said.
Advertisement