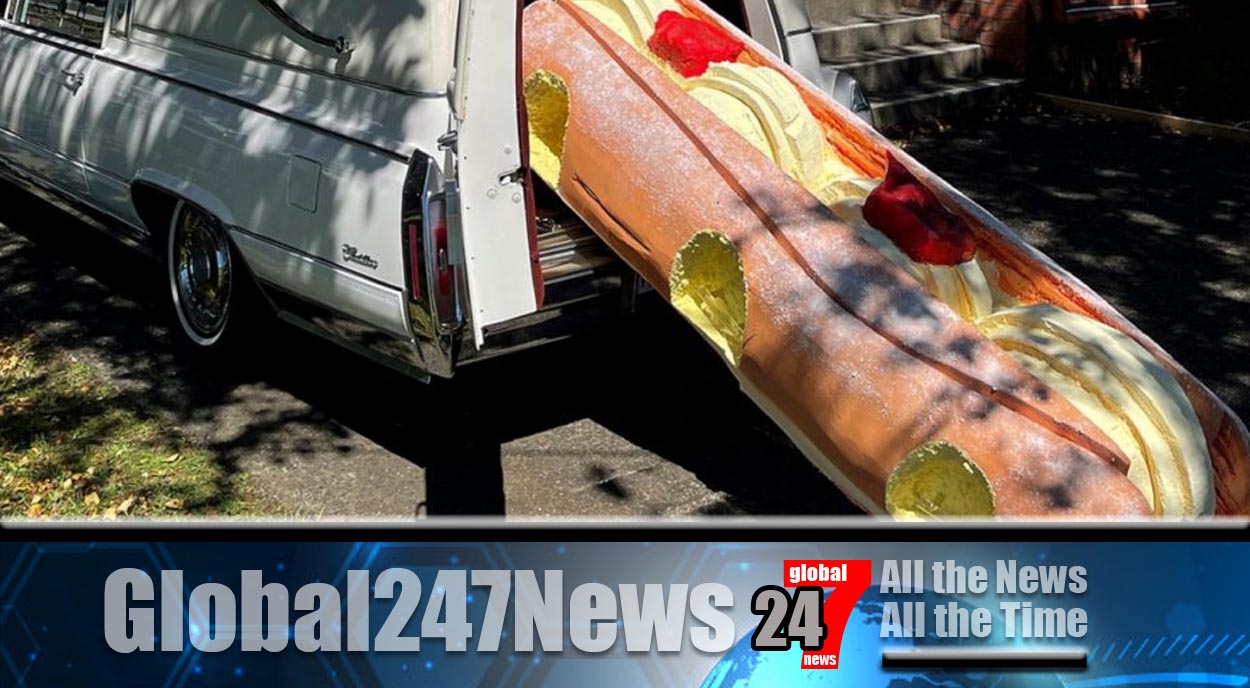 New Zealand man brightens up funerals with colourful coffins. As pallbearers carried it into the church there were gasps followed by laughter.

His coffin was a giant cream donut. His widow, Debra, said “It overshadowed the sadness and the hard times in the last few weeks.

The final memory in everyone’s mind was of that donut, and Phil’s sense of humor.”

Phil’s coffin was created by his cousin, Ross Hall, who runs a business called Dying Art in Auckland, New Zealand. The company produces colourful coffins. Hall’s many creations include a sailboat, a firetruck, a chocolate bar and Lego blocks.

He has also produced coffins covered in fake jewels and people’s favourite beaches.

Hall said “There are people who are happy with a brown mahogany box and that’s great. But if they want to shout it out, I’m here to do it for them.” He started with an idea 15 years ago after thinking about his own death.

He said “I thought to myself how do I want to go out? So I put in my will that I want a red box with flames on it.”

His idea took hold over time and he decided to start his own business making the outlandish coffins. Depending on design the coffins sell for between 3000 and 7500 New Zealand dollars ($2,100 and $5,400).

Speaking on how funerals have changed over the years Hall said “People now think it’s a celebration of life rather than a mourning of death.” Phil’s cream donut casket was ideal for him Debra said as when touring in their motor home he would always compare cream donuts for quality wherever he went.

Debra said they even had 150 donuts delivered to the funeral in Tauranga from Phil’s favorite bakery in Whitianga, more than 160 kilometers (100 miles) away. Talking about his own funeral Hall said he has changed his mind now and ditched the red flames idea .He’s told his kids he now wants to be buried in a see-through coffin wearing only a leopard print G-string. He joked “The kids say they’re not going.”