Apr 16, 2021 Colin the caterpillar is a cause for concern as M&S start legal moves against Aldi 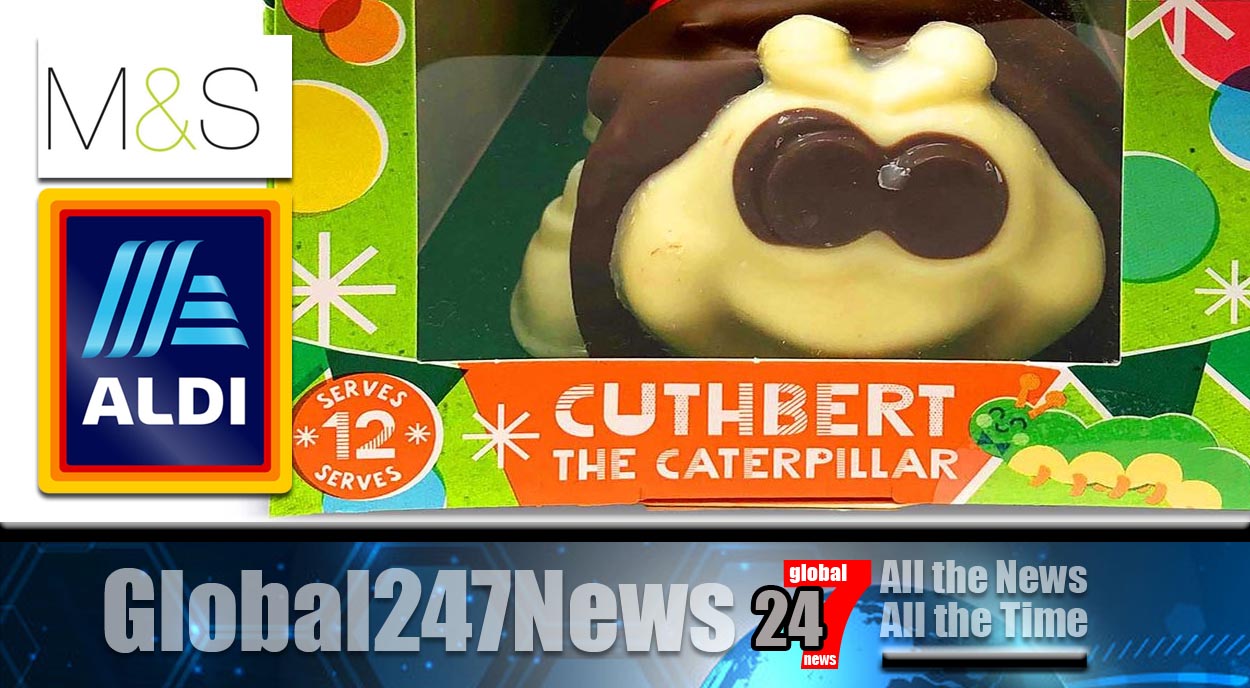 Marks and Spencer have started legal proceedings against Aldi.

Colin the caterpillar is a cause for concern as M&S start legal moves against Aldi. At the centre of the row is Colin the Caterpillar. Now M&S are claiming that Aldi are selling a similar cake called Cuthbert the Caterpillar. Also, M&S claim that it infringes it’s copyright trademark.

Lodging a claim this week with the High Court Marks and Spencer are saying that Aldi are riding on their reputation and that poor old Cuthbert is not the same quality as Colin.

They want Aldi to discontinue selling their cake and promise not to sell anything similar in the future. Colin has been sold for nearly 30 years now and has remained almost unchanged in that time.

Their caterpillar cake is central to their partnership with the Macmillan cancer trust. The cake is a sponge with milk chocolate and buttercream, topped with chocolate sweets and a smiling white chocolate face.

Colin also appeared for the annual World’s Biggest Coffee Morning fundraising event put on by Macmillan. A spokesman said “Because we know the M&S brand is special to our customers and they expect only the very best from us. Love and care goes into every M&S product on our shelves.

We want to protect Colin and our reputation for freshness, quality, innovation and value.”

Although Aldi declined to comment on the row it is believed their Cuthbert cake was seasonal. And has not been on the shelves since February.

Since Colin was launched many years ago he has seen off many imitators such as Sainsbury’s Wiggles, Tesco’s Curly, Morris by Morrisons, the Co-op’s Charlie, Cecil by Waitrose and Asda’s Clyde.