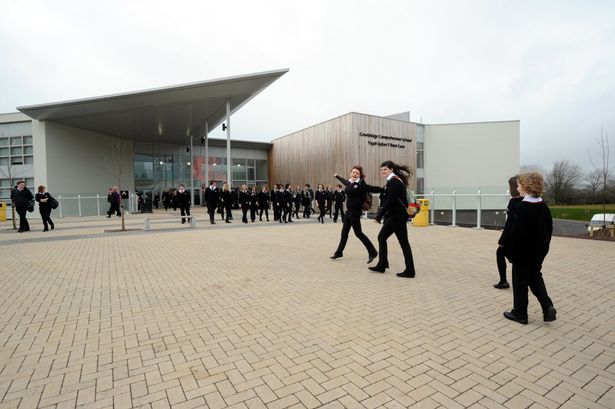 A school in Wales has already shut its doors after just 2 days due to a positive covid test to in excess of 100 children.

Years ten & nine at the Vale Of Glamorgan school suffered a positive test that left teachers no choice to send them home for isolation.

Now the pupils face 10 days of isolation before they can return.

Mother Jayne Mcarthy who’s child was sent home said: “So frustrating after only 2 days back, She was off for 2 weeks before Christmas too, so much school missed”

Some residents in the town though feel the parents are to blame for allowing their kids to roam freely around the market town before returning to school.

“Parents have allowed their children to roam the town over recent weeks, especially as the weather has improved, in reality, they should have isolated 10 days before returning to school.

“They also haven’t been social distancing, you can see that clearly in the High Street, look at the groups of them hanging out on the Bear field and outside Tesco lately”

Although not everyone is blaming the children, Sandra Phelps, commented her thoughts on Social Media:

“People are too quick to judge others, always easy to blame the children and the Schools.
“Ultimately we are in the middle of a pandemic and it’s not going away, but people happy to have the shops open and pubs open at getting back to normal, we all need to learn to live with it.
“We all have a responsibility in this.
“What if the person who tested positive had parents who are working and they caught it from them? so many scenarios …
“Yes, inconvenient but I am sure all those people who have lost someone would much rather be in a position of inconvenience than having lost someone.
“We are all in this together not against each other!!”

Although at the time of press sources at the school have revealed that they hope to have the children back in school on Friday.
The source revealed that the school needs a couple of days to organise ‘lateral flow tests’ which the pupils will need to do daily for the 10 day isolation period.
“Once we have this organised we should have the children back to school” he revealed.
Advertisement