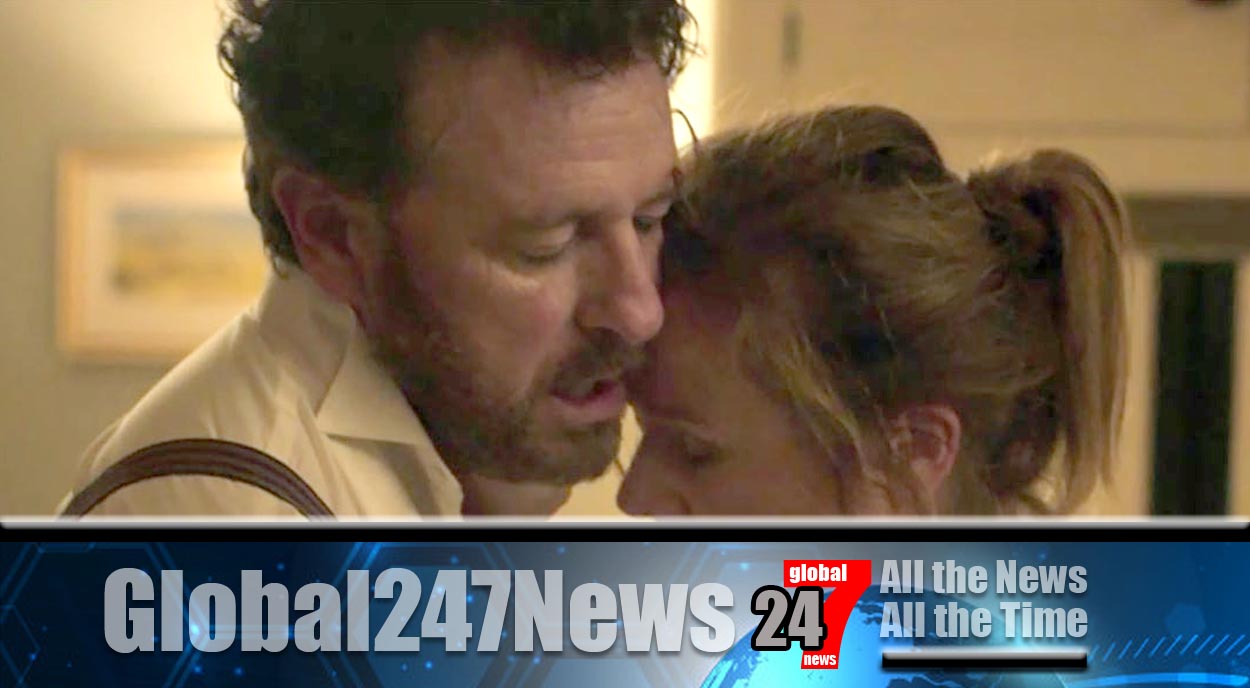 The drama sees Emily Watson, a forensic psychiatrist, trying to work out if a mother deliberately tried to kill her children.

In the raunchy scene Watson is seen having sex on a kitchen counter with her husband.

However viewers were confused as she never removed her suit trousers.

The character complains her husband, played by Risteárd Cooper, that they never do anything spontaneous.

They proceed to have sex but Watson stays fulled clothed.

On Twitter one viewer said “How come she still had her trousers on?!”

Another viewer said “Wow sex without even taking their pants down!” while a third joked “Remember sex works best when the woman takes her trousers off.”

The drama is airing over three nights, with the cliffhanger last episode due tonight at 9pm on ITV.