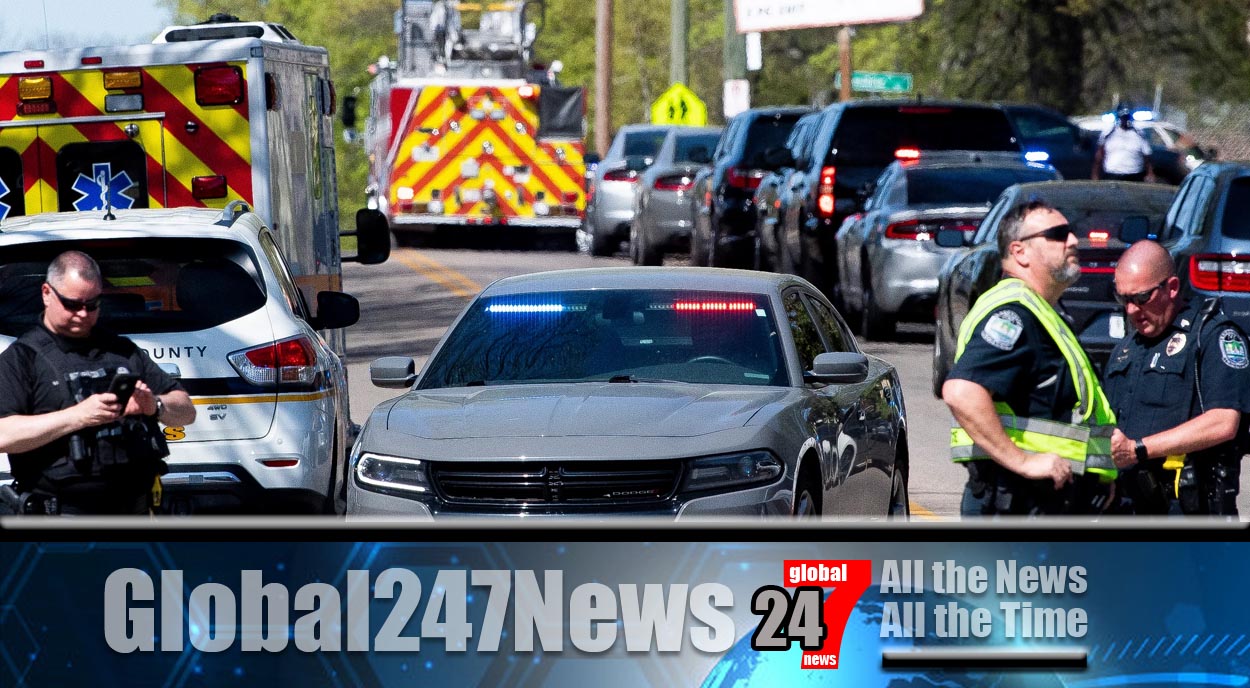 Police shot and killed a high school student on Monday.

The gunfire, at Austin-East Magnet High School on the east side of Knoxville, is the latest in a long line of shootings in the US since mid-March.

One officer was shot in the leg and is in a serious condition after undergoing surgery. Police officials say that he is expected to live. Mayor Indya Kincannon told CBS News “He is conscious and in good spirits. He’s going to be OK.

I thanked him for putting his life on the line to protect students and staff at the school. He said he’d rather be hurt than anybody else.”

Police in Knoxville said they were called to the school after reports of a gunman on the premises and found him in a bathroom.

David Rausch, director of the Tennessee Bureau of Investigation, said in a press conference “As officers entered the space, the suspect reportedly fired shots, striking an officer.

The suspect was pronounced dead at the scene and has since been identified as a student at Austin-East.”

Police Chief Eve Thomas said at the same conference that the incident was “chilling”.

Initial reports from police said there were multiple gunshot victims from the attack.

The school was immediately locked down and parents were told to pick up their children from a rear entrance.

One mother, who had been waiting in panic, was relieved when her daughter text her to say she was ok.

Agents from the U.S. Bureau of Alcohol, Tobacco, Firearms and Explosives were assisting in the investigation, the bureau’s Nashville office said on Twitter.