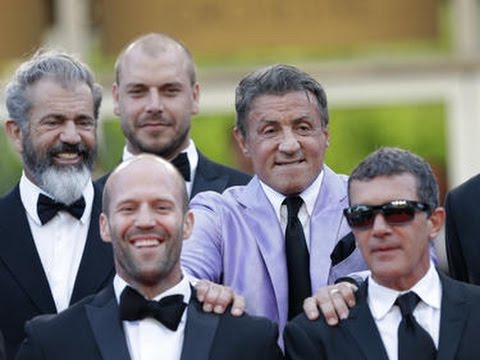 A decoy who ‘makes living as he calls it’ standing in for film star Jason Statham as a decoy, has been stunned at his latest offer.

Warren Shattock, who lives, in the town of Fuengirola on the Costa del Sol, first got involved with the Statham family when the actor’s father, Barry was a singer in the Canary Islands, whilst Warren himself was a seaman.

Shattock originally from Southampton, met Barry whilst working at sea that involved various trips to the Canary Islands.

How they met was that they looked very similar to each other – and customers in the bar would mistake one for another.

The friendship grew over the years and as the son, Jason, became famous after the Guy Ritchie movie ‘Lock Stock And Two Smoking Barrels’ Warren was requested by the family to cover as a decoy to trick the paparazzi.

Although recently Warren has been trapped in Spain due to the recent pandemic and was shocked by an email he received from an agent working for Spanish superstar Antonio Banderas.

” Barry and Jason require me for a film being shot in Las Vegas.

“My role isn’t anything special – I’m just a decoy to fool fans and the press, basically as we have the same features and are the same heights, once dressed the part, I’m quite convincing.

” I certainly don’t do it for the money but we go back a long way and it gets me a few trips around the world on occasions,” he said.

Warren continued ” I got the call to go to Las Vegas, for the next movie filming, due to the number of tourists that visit Vegas they need decoys so Jason can get some peace when not filming.

” I explained that due to the Pandemic in Spain I couldn’t really make this one and left it at that,” he said.

Although Warren wasn’t expecting what came next as he explained:

” I was on my way down to Tom’s Irish bar when my mobile went off and it was an agent for Banderas offering me s private jet to go to Nevada, he explained that Jason and Antonio were friends and had mentioned I was stuck in Malaga.

“I didn’t believe the call at first until they proved it, I can’t say exactly how but they did, that would be a breach of confidence.

“For the first time in my life shall we say ‘I was star struck’ – Spain’s greatest ever actor wanting to assist little old me!”

Sadly for Warren, he had to decline the offer, he told: ” I didn’t fancy the risk, not with this Coronavirus knocking about, especially in the US.

“It would have been great to fly in the plane – Antonio is one of my favourite actors and he does so much for the people here in Malaga, his home town, but I wasn’t expecting that call for sure”

Whilst missing the trip of a lifetime a close friend of Warren’s quipped: “We aren’t going to hear the end of this for months, he will be telling the story for years, he’s like a giggling school kid right now, normally he keeps it quiet although a few of us know what he does but no chance clearly with this one!”