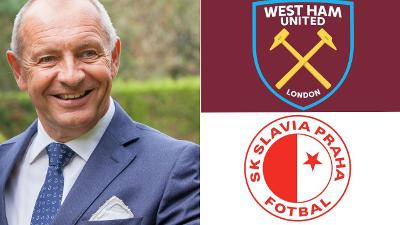 With the Ambassador being a large football fan and a big supporter of the countries players in the UK, a lot of the interview was in regards to West Ham United.

In the face to face interview with Brownie, he expresses how the club is looking at an annual pre-season friendly with Slavia Prague. As well as looking at a link-up for further youth players making their move to London and the mighty Hammers.

He goes onto to explain how settling in London was tough for Soucek. And how he overcame  that to be a West Ham United sensation.

Anyway watch the full interview below on Football With Brownie