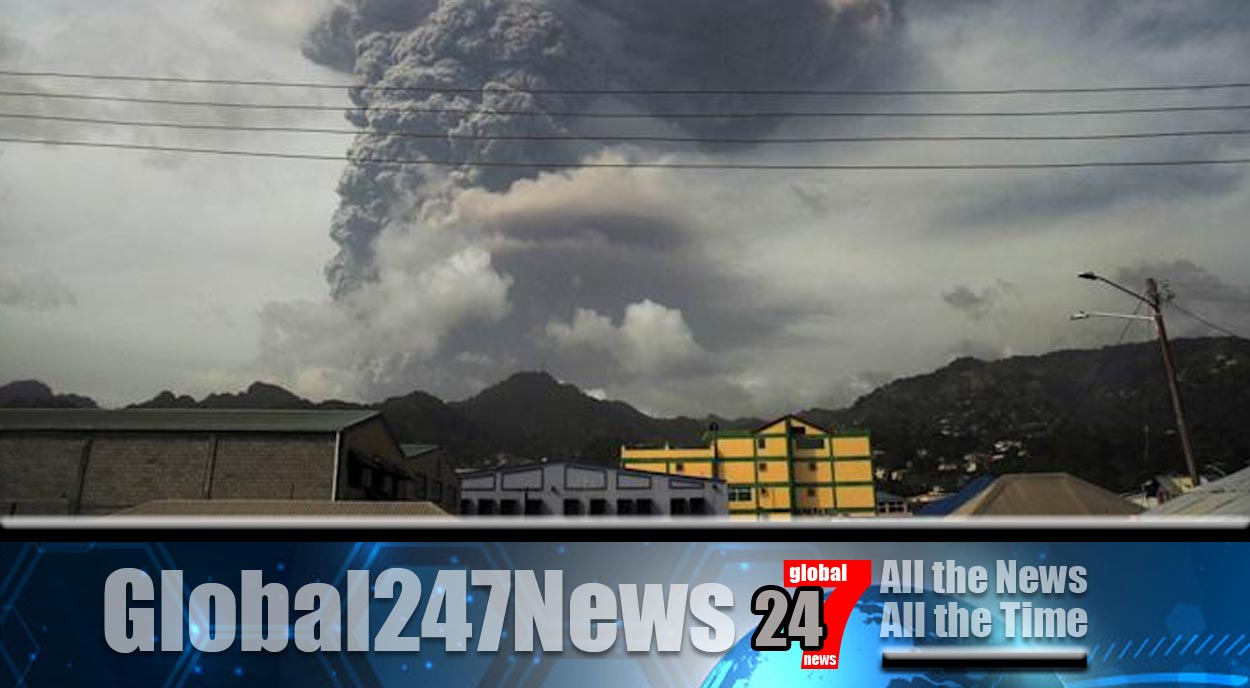 A volcanic eruption on Monday has seen thousands evacuated from their homes.

Caribbean island faces ‘massive devastation and destruction’ after volcanic eruption. The volcano, named La Sufriere, on the island of St Vincent, first started erupting on Friday last week. At the time locals braced themselves for more eruptions and ash clouds.

Falling ash has covered St Vincent in a thick layer of dust. While 16,000 people have been evacuated. Experts said that Monday’s “huge explosion” fired hot gases and ash high into the air.

Erouscilla Joseph, director of the University of the West Indies’s Seismic Research Center, said. “It’s destroying everything in its path. Anybody who would have not heeded the evacuation. They need to get out immediately.”

There have so far been no reported injuries or deaths from the explosion. Richard Robertson, a geology professor, said that a new crater has been formed by the eruption. He spoke on a local radio station saying. “Anything that was there, man, animal, anything… they are gone.

And it’s a terrible thing to say it.”  The country’s National Emergency Management Organisation (Nemo) said yesterday (Monday). “The volcano continues to erupt explosively and has now begun to generate pyroclastic density currents.

Explosions and accompanying ashfall, of similar or larger magnitude, are likely to continue to occur over the next few days.”

The volcanic eruptions over the weekend affected water supplies and caused power cuts.

Lightning, thunder and rumblings. Majority of the country out of power and covered in ash.”

They issued a warning for “massive devastation and destruction” to those areas closest to La Sufriere.

Antigua, Grenada and St Lucia have all offered to take evacuees. Many homes in St Vincent are without electricity and water. An eruption on 1902 killed more than 1000 people.