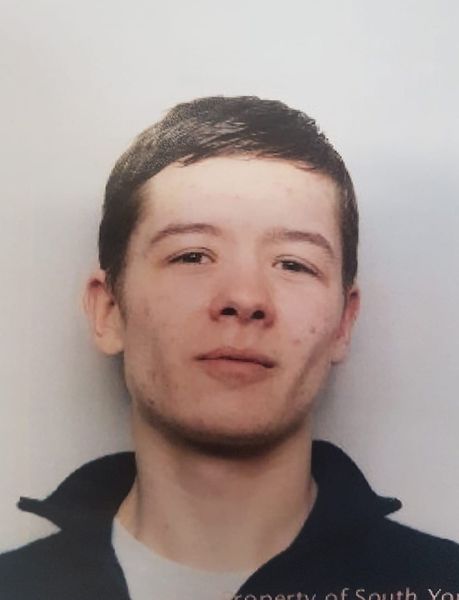 A Sheffield man has been found guilty of the murder of Jordan Marples-Douglas, who was stabbed to death at his home last year.

Ben Jones, 25, was found guilty by a jury at Sheffield Crown Court yesterday (12 April) after a four-week trial.
The jury also found Dina Aweimrin, 22, guilty of assisting an offender after she helped another man involved in the killing to flee the country.
Aaron Johnson, 21, formerly of Mawfa Crescent, Sheffield, who was also facing a murder charge was found not guilty and acquitted.
The court heard how Mr Marples-Douglas was killed on 6 March 2020, as a result of an outstanding drugs debt, which Jones and another man, went to enforce.
Detective Chief Inspector Simon Palmer, investigating, said: “Jones and the other man arrived at Mr Marples-Douglas’ house that night, prepared for a fight.
“Once their victim was alone in the house, they knocked at the back door, lunging at him and forcing their way into the property. CCTV footage clearly shows this initial confrontation and then captures the pair chasing Mr Marples-Douglas past a window and upstairs.
“Whilst this was happening, the victim’s girlfriend received a call from a neighbour who suspected that there had been a burglary. She desperately called friends, asking them to go and see what had happened.
“Arriving at the house, one of these friends found Mr Marples-Douglas, bleeding and seriously injured. He had been stabbed in the chest and was pronounced dead by paramedics at the scene.”
A murder investigation was launched, and enquiries soon led to a timeline being developed by officers. Telecoms enquiries and CCTV footage helped officers plot Jones movements that night and following the attack.
DCI Palmer added: “Jones had been living at his father’s house, and that is where he went after he attacked Mr Marples-Douglas. His father heard him and the other man discussing what they had done. Jones then left and went to the home of a family friend, to whom he confessed the killing.”
He was arrested on 10 March after being traced to an address in Leeds.
Officers recovered two knives as part of their investigation, both were found with traces of the victim’s DNA. Jones’ hat was recovered from the victim’s home.
DCI Palmer added: “The other man visited his girlfriend, Dina Aweimrin, who researched and booked him a flight to Dubai the following day. Using her bank card at Dubai airport, he flew to Somalia, where he continues to evade the authorities.”
Yesterday, Jones, of no fixed address, was found guilty of murder.
Today (13 April) Aweimrin was found guilty of assisting an offender.
They will be sentenced at a later date.
Advertisement