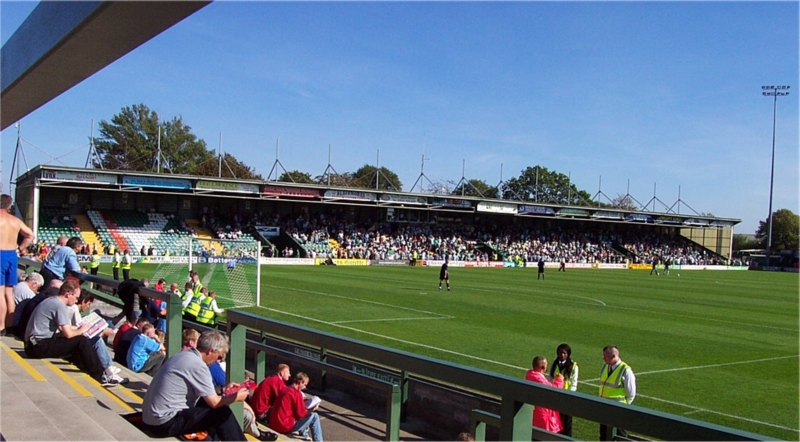 As reported earlier in the week, a Yeovil town supporter expressed his desire to fly at every game a huge flag in memory of Lee Collins.

Rodger McCabe made a rallying call to other supporters of the famous FA cup giant killers and within 24 hours the funds were raised by 44 loyal supporters.

Now the club’s fans will make further history for the South Somerset club as the giant flag goes into production.

“The fans rallied quickly after my plea, we had all the funds in within hours, crossing the line just before midnight on Friday.

“44 fans are now going to make even further history for our club as at each game we will pass over the heads of all our supporters in our home end.

“It will all be in honour of Lee Collins – a club legend – his memory will live on forever!” he finished.

The club’s fans have also been donating heavily to a just giving page for the players family.

Fan Simon Woodland had only asked supporters on the page for a target of £500.

The fund now currently stands at £5,415  and still growing.

Now fans across the world are looking forward to seeing the large flag fly at matches once crowds are allowed to return.

Even local rival fans are impressed by the fans efforts.

Weymouth Town supporter, Stephen Brownfield, said: “It’s a tremendous effort going on in Yeovil at the moment, fair dues, they may be our arch-rivals but when it’s at times like this the rivalry goes out the window and credit due where credit’s due.

“I look forward to playing them and seeing their flag” he finished.