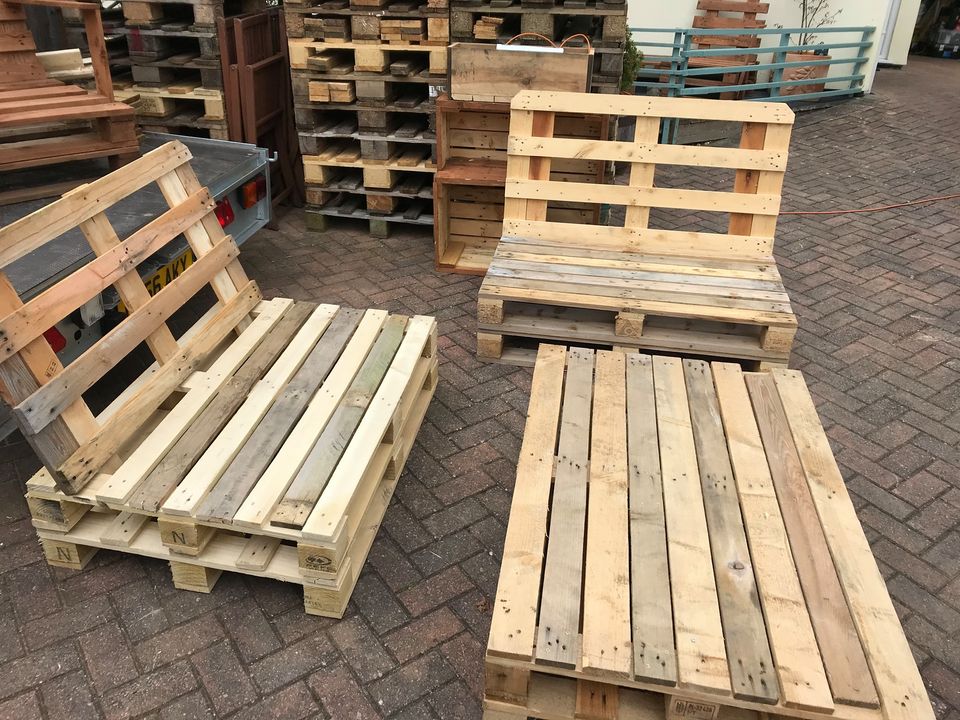 Colin saw a gap in the market making garden furniture out of old pallets.

Whilst the latest fashion across the UK is taking the market by storm, Colin took a hammering from a splinter group on Facebook.

The talented garden furniture manufacturer, took to social media to advertise his services.

Although, when he posted in ‘Item’s for sale In Newton Abbot” his services, critics came forward in regards to his pricing.

Colin simply advertised his services as starting at £200 – offering a bespoke made to order service but the folk of Newton Abbot in Devon clearly read it the wrong way and hammered in, nailing the budding entrepreneur.

Patrick Cain was one to comment out of the hundreds of reply comments, advising: “These are great but I think you need to work on your pricing a little” a quote more deemed for Dragon’s Den.

” Nice idea but well expensive, people can make themselves -cheap!”

Whilst Robert Smith asked if it was an April fool.

Although a qualified carpenter came forward and then offered his own services to the group.

Shaun Dallow, who claimed he was making one himself, captured the attention of Colin.

“I’m in the middle of making one myself, a great big corner unit, for absolutely nothing” to which brought a reaction from Colin who requested photos of the Dallow project, saying “let’s see how good yours is then Shaun”

did you read what put? I’m in the middle of building I still have pallets coming I’m making a big corner bench & since when did I slate yours?
I’m just saying I’m building mine and cost nothing to build and your charging £200 least I’m not flaunting mine out to be worth £200  I’d happily build someone something silimar to yours for half the price.

It was at this point Dallow was flooded with requests from garden furniture pallet admirers.

According to experts in the field of wood making, though they feel that Shaun won’t make any money at his pricing levels whilst advising Colin to stick to his game plan and ignore the feedback on Facebook.

Speaking to Global247news International timber supplier, Andrew Malone, who works for The British Wood Panelling Company said: ” Looking at the images you have shown me, Colin’s product looks good.

” I notice we haven’t any images of Shaun’s project yet, just his claim to make everything half price.

” The garden furniture pallet market is now huge, especially in the likes of the big cities, I guess the fashion hasn’t reached the likes of Devon yet and they don’t understand the pricing.

” I can’t see Shaun making any money, In my opinion, he’s just created himself an opportunity to be a ‘busy fool’ – unless he’s a charity worker type, then fair enough.

” Garden pallet furniture is big business these days and if you study market prices Colin is in the ballpark” he finished.

Meanwhile speaking to a marketing expert from the furniture industry, Gareth Punter, he had some advice for Colin.

” He’s got the product but his marketing is awful, you can see that when he offered his services of £200, clearly it offered no insight to what you get for £200, it could have been 50 garden chairs for all we know?

“He’s clearly got a fashionable product, but in my experience, Facebook is not the place to market, especially buy and sell groups, they don’t want to pay anything in there, same as eBay, it’s the lower end of the scale.

” Shaun may ‘nick a few quid’ but Colin has a good business there by the looks and if he needs assistance with his marketing – tell him to get in touch!”

The pallet ‘wars’ are still continuing on social media …. it’s going to be interesting to see who wins.