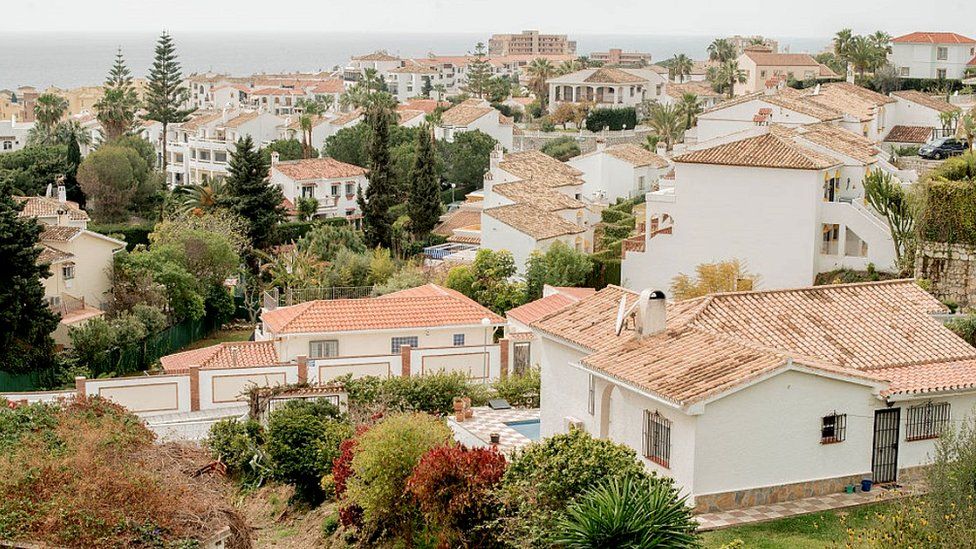 Colin Richard who operates “Orihuela costa buying and selling And Information” on Facebook this morning posed a question that instantly saw hundreds of replies.

One of the most respectable Expat social media groups saw Colin pose the question.

What tip?
would you give to someone
Moving to Spain

The question soon brought much advice not too!

Although the thought of moving to the sun for many Brits sounds appealing and rather like a dream – many have come forward to say it’s not what it’s cracked up to be.

Catherine Smith Lloyd, amongst the many who simply advised against explained why she left Spain and her experiences., claiming Spain was rip off!

“We bought a beautiful villa with a pool had jobs living the dream. Had NIE no/ residencia card. (one payment) driving licence.

“In 2006 we sold the villa and moved back to help with grandkids.

“In 2018 moved over to Quesada to help my son and grandkids.

“Had to pay to reactivate NIE had to pay again if we wanted residencia.

“It cost a fortune to put the car into Spanish so bought a Spanish car.

“All the bills were high in general so ate into our savings quickly. hard to get work as there was always a younger person waiting for all work.

“So we cleaned luxury villas which was seasonal.

“Hubby was a carer as he had qualifications from the UK.

“After 2 burglaries we had enough so all furniture went into storage until we could get to the UK after lockdown.

“So unless you are young and have endless money in the bank to pay for everything separately, good luck!

“We made fab friends and will still come over to be with family. But I will never live in rip off Spain again!”

Lyn Buckley was in full agreement with the comments of Catherine saying she had come across the same experiences.

Brian Frost advice is to only do it if you are retired and have plenty of money in the bank, as he commented:

“If you have retired and have a good pension and cash to buy a house then do it, if not, don’t, have plenty of holidays instead!”

On the subject of money, Peter Boyle warned,

“Don’t try to do business here! The government will make sure it fails! Tax is obscene and so is corruption. Scammers everywhere. Even big companies scam you.” before adding, If you come here with money, you will go home with none”

A financial consultant who has just returned to the UK after 3 years trying to extend his portfolio in Spain say’s that British apathy is more to blame for Brit’s businesses failing in Spain.

As record numbers are on the books of British business failures on the Costa del Sol & Costa Blanca are at record highs, the extraordinary claim comes from a British financial and business consultant returning home after failing to extend his business portfolio.

Although one man who has just returned claim’s British apathy is to blame for those running a business in Spain.

Richard Huish went to Spain 3 years ago in an attempt to add clients to his portfolio.

Basing himself in Gandia on the Costa Blanca, Huish set up business offering financial and consultancy services to British ex-pats operating in Spain.

After 3 years, he’s now returned to Britain saying ‘it was a waste of time and effort’ blaming British apathy.

Speaking to us today, Richard told us: ” You are wasting your time, trying to assist them.

” I tried to assist many businesses over there but the apathy was immense, many of those who I contacted are now out of business.

” They are blaming it on COVID -19 and the pandemic but the reality is that’s only the last 12 months, they had opportunity well before that to ‘bank reserves’ – but what happens is they just think ‘turn the key’ and everything will be ok, with the attitude ‘we are in business now’

“They blame Spain but the reality is they have no business acumen and don’t put the graft in” he finished.

Do you think Spain is a rip-off? – let us know!  meanwhile, join the Facebook group Orihuela costa buying and selling And Information and share your thoughts amongst its large membership of nearly 30,000 members!