Apr 9, 2021 Yeovil Town Supporters Rally For The Largest Flag Ever At YTFC In Memory Of Lee Cross 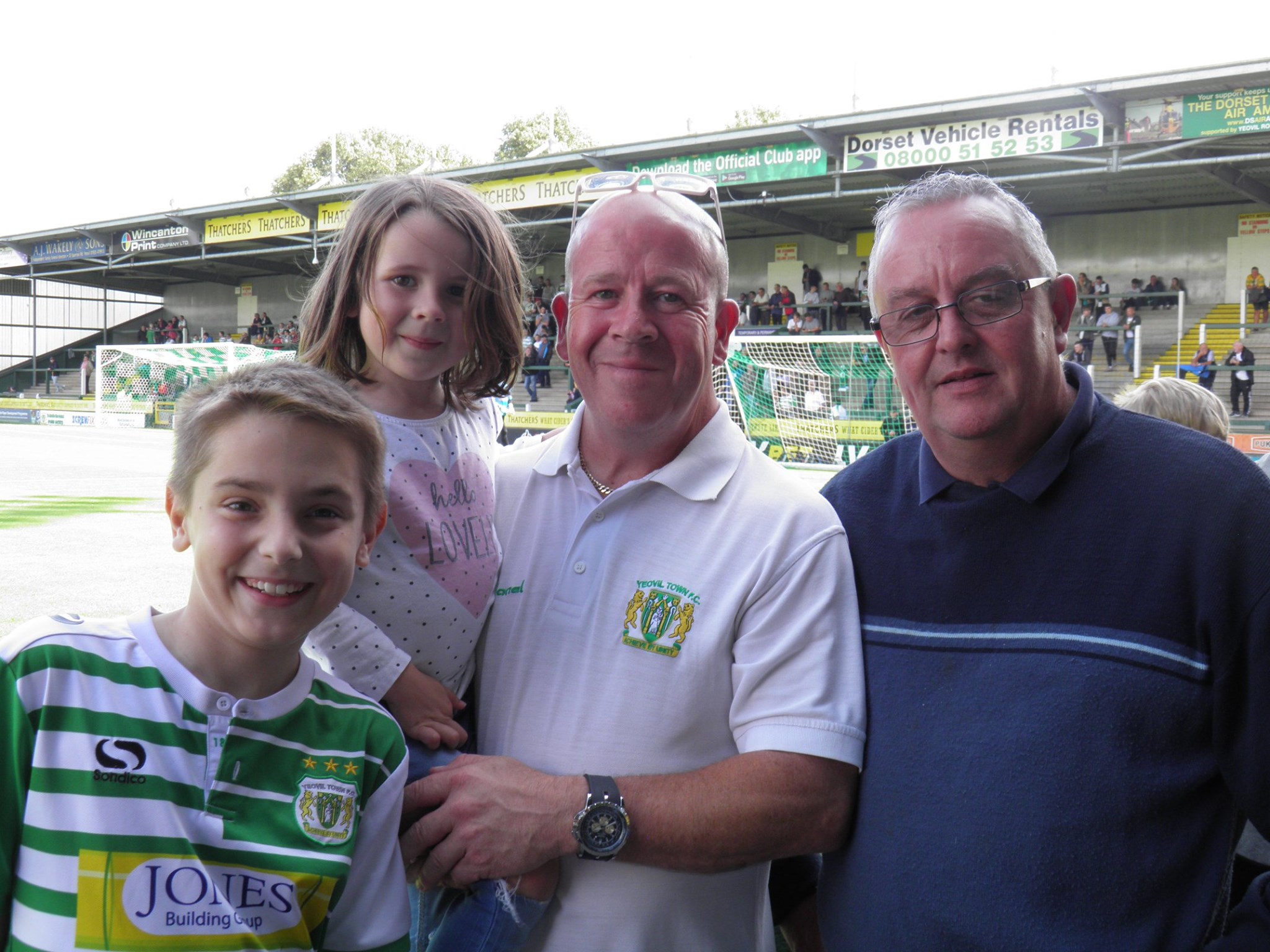 Sadness still pours throughout the town of Yeovil over the sudden loss of their Captain, Lee Collins.

Collins, who was described by his manager as the ‘glue’ of the club was not just a team man but also a fans man.

Collins had time for everyone according to dedicated Yeovil Town supporters.

One die-hard supporter Rodger McCabe and a few associates never wish to forget their skipper and are now planning a huge flag in honour of his memory.

According to McCabe, it will be the largest flag ever Yeovil Town Football Club has ever seen in the history of the famous football club.

” We are going to fly the largest flag ever seen at Yeovil Town Football Club.

“We will pass it over the crowd in the home end and take it to away matches too if the numbers are high enough.

“This flag will fly forever whilst I’m alive and attending Yeovil Town matches in memory of Lee, he was and will always be a legend at our football club.

“That’s not just my thoughts, that’s the thoughts of everyone who supports our great club.

Rodger during the interview told how he had some quotes for the flag and was shocked when they came back at around £3,000 but how a fellow football fan came to the rescue, who makes flags.

“Although I was chatting away on our social media pages about the price and my pal who used to live in Yeovil ‘Daya’ popped up – I haven’t seen him since I was strolling down Fuengirola seafront in Spain a few years back when he saw the shirt and my face and dived out a bar to say hola!

“I probably hadn’t seen him for over 20 years at least, he had moved to Wales years ago and then onto Spain, any way out of the blue last night he said ‘Don’t pay that’ I’ll give you a contact.

“I contacted this random man to me, called Mike Thorne, and he shortly had me in tears” admitted McCabe.

How are you, I’m sorry we have to chat in these awfully sad circumstances.

I can defiantly help you create and design the product.

Weirdly, I was going to message a friend of mine in the West Country to see if they wanted a memorial flag for Lee at cost price.

” I couldn’t believe it, what a lovely gesture from a fellow football supporter.

Mike’s a Cardiff City & Wales avid fan, if he ever comes this way I can assure you, he will never have to buy a pint!”

Although it’s now down to the serious business of getting enough funds to be able to produce the mighty flag.

The fans in a short space of time have raised £819 but are still £681 short of their target and now are rallying for donations to complete the job.

According to McCabe donations have slowed a little at present, mainly as the fantastic, loyal supporters of Yeovil Town Football Club are making donations on ‘Just Giving’ to support Lee’s family through this terrible time.

McCabe finished ” It’s totally understandable that our supporters are donating the way they are to Lee’s family.

” What I’m trying to achieve is something a little different and a way our fans can honour his memory forever each time the mighty Yeovil Town take to the pitch.

“Please, Please, Please help in every little way you can to help us fly the memory of our legend at every game, we just need another £681 and the flag can fly forever!” he appealed.

If you would like to assist in seeing a memorial flag flown by Yeovil Town fans at every game, donations by way of PayPal can be sent to rodge25269@yahoo.com

Alternatively, you can drop him an email and he can give you the fund’s bank details.