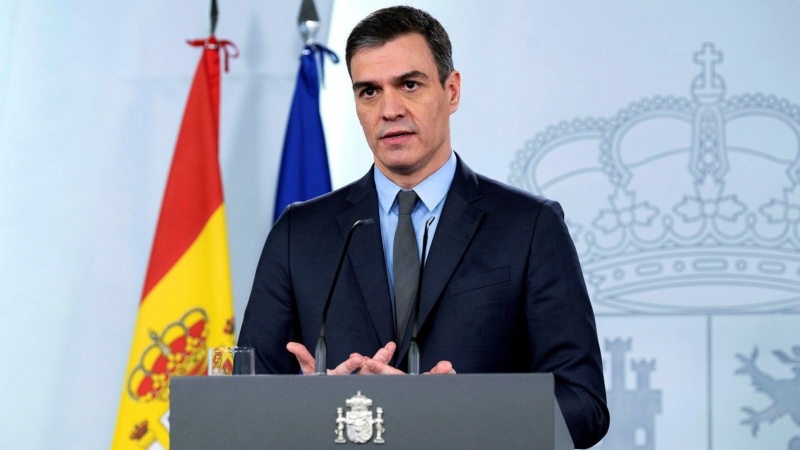 Spanish holidays to the Costa del Sol & Costa Blanca have been thrown into further doubt.

Holidays to Spain have been thrown into further doubt after the EU threw cold water on the Spanish prime ministers latest claim.

Yesterday Spain’s prime minister told the nation, who are desperate for tourism to restart,  they could expect 87 million vaccines to arrive shortly and be distributed between April and September.

Now the EU has cast serious doubt over the prime ministers claim saying they can not guarantee the doses.

Spain’s largest tourists come from the UK and Boris Johnson has clearly stated he will not ‘release the brakes’ on restrictions back and forth to any country that has not vaccinated its people.

Travel agents now fear the blunder will cost Spain tourists all year and could cripple the tourism industry.

International travel agent, Leigh James, whose travel business arranges holidays for the rich and famous, including Premiership football players as well as the general public told Global247news this morning:

“I am not prepared to attempt any bookings to Spain for my clients in 2021.

“It’s just going to be a waste of my clients time – the Spanish Prime Minister is clearly desperate to impress with his latest statement but the reality is Spain is ‘way off the pace’ and it’s unlikely with the announcement from the EU any relaxing holidays will take place to Spain without restrictions in 2021.

“I’m really fearing for the businesses in Spain now who rely on the British tourist, this could criple them, you can’t go two years without customers” he finished.

It’s reported in Valencia alone, more than 500 family businesses have closed since the pandemic and numbers indicate the same on Spain’s Costa del Sol.

Trader organisation Confecomerç estimates at least 15% of small business in the Valencia region will close in total.

Whilst British ex-pat owned businesses, dependent on British trade will be nearer the 70% mark according to experts based on the Costa del Sol.

Spain to many looks doomed for holidays in 2021, says a bar owner who doesn’t wish to be named for reprisals from the Spanish authorities,

To read more follow www.global247news.com  the real voice of the ‘real’ people.