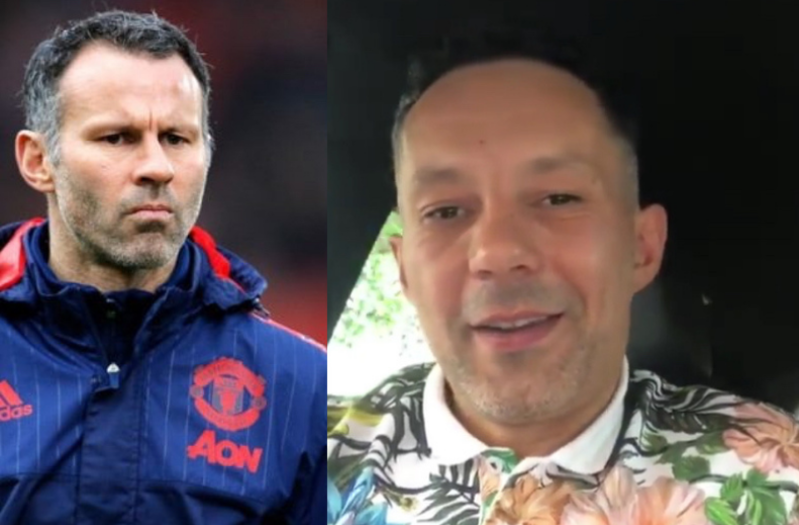 The brother of former footballer Ryan Giggs has claimed his ex-wife had flings with 10 footballers.

In a new interview with James English’s Anything Goes podcast, Rhodri Giggs, 44, said it is time to go ‘all guns blazing about his ex-wife and his estranged brother and claimed that many of the men who bedded his wife were ‘good friends.’

Rhodri, who shares two sons with Natasha said he discovered many of his footballer friends were ‘at it’ with his ex and even claimed one of them fled from a bar in Portugal instead of facing him.

Giggs said: ‘One of ’em after it all happened, we went to Portugal and I’m with two naughty lads and as I’ve walked into one of the bars one of the guys was stood right behind the door with his mate’.

It turns out the player was Phil Bardsley……. you can watch the explosive warts and all interview below!