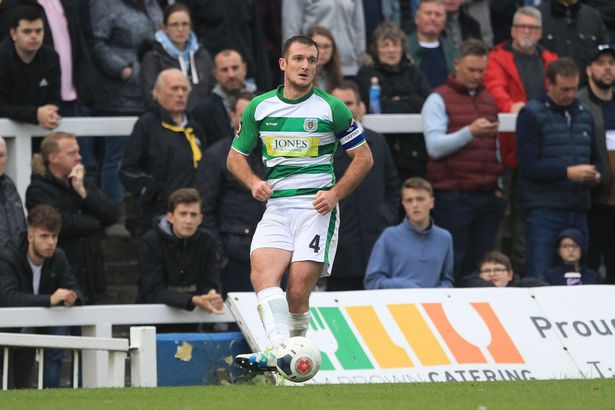 Lee Collins, Captain of Yeovil Town football club was found hanging in a hotel room in West Coker, where he had been staying.

Collins, who resided in Newport and used the hotel for when in the Yeovil area, hadn’t turned up for training the inquest heard.

The club surprised that the player had not shown up – contacted the hotel staff who found sadly the player hanging in his room.

During the hearing in Taunton, in a statement read to the court, coroner’s officer Ben Batley said Mr Collins, from Newport, Gwent, was confirmed dead at the hotel on March 31.

“It was identified that when Lee did not attend for training on March 31 enquiries were made at the hotel where he was staying, and he was found in his room hanging.

“Also admitted into evidence was an interim post-mortem report from Dr Adams, a pathologist at Yeovil District Hospital, confirming the cause of death as 1a hanging – subject to blood analysis.

“The coroner resolved that it will be necessary for further statements and reports to be obtained in respect of the circumstances of Lee’s death and the inquest was adjourned to an internal case management review on or before July 7 2021.”

The inquest has been adjourned until July to allow further inquiries to be made.

Yeovil Town fans have been paying tribute to Collins and supporters have raised several thousands for his family.