Apr 7, 2021 Yeovil Benefit Fraud To Be Targeted Including Looking In Your Bank Account 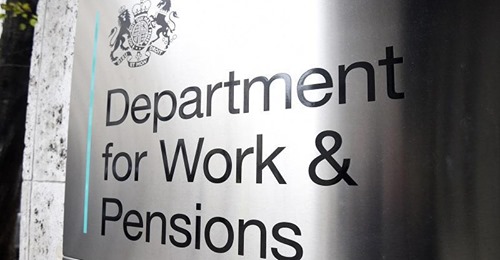 Yeovil benefit cheats to be targeted by the DWP

Benefit claims are managed by the Department of Work and Pensions (DWP) – which also have the power to investigate potential fraud.

A source who works undercover for the DWP, catching benefit cheats, has informed that Yeovil is to be targeted due to a high rise of claim numbers.

With a rise in claims in the town and the public about to resurface after lockdown, benefit cheat officers are set to pounce.

The undercover officer told Global247news this morning how surveillance will take place on targets, with the stark warning to benefit cheats, ‘Sign off now before we catch you – as we will’

I will be heading up a team to reduce the numbers in Yeovil and the surrounding areas before moving onto Dorset, especially Weymouth as the warmer weather and holidaymakers approach.

“We will be monitoring benefit claimers social media accounts and bank accounts, we have that within our power.

“We spot people living above their means on a daily basis” he added.

The DWP’s definition of benefit fraud is when “someone obtains state benefit they are not entitled to”.

But it can also be when a person “deliberately fails to report a change in their personal circumstances”.

The officer then went onto describe the most common offences, he said:

“The most common form of benefit fraud is when a person receives unemployment support while working.

“Another common offence is when people receiving benefits claim they live alone but are actually financially supported by a partner or spouse.

” With lockdown ending shortly we know we will capture many going back out to work and not signing off” he informed.

He then continued: ” The latest cheating of the system which is seeing a large increase in numbers is those claiming sickness benefits and making money and receiving income online, this has increased fourfold since lockdown regulations were applied.

“We have already caught many operating Facebook groups and trading on eBay for income whilst claiming sickness benefits, what may appear as a genuine Facebook group for the community can be a money-spinner” he warned.

The officers work from outside the areas they target but use local intel before carrying out surveillance as well as obvious stakeouts.

One of those obvious stakeouts in Yeovil according to the undercover officer is the towns Wetherspoons public house.

” We have had it under surveillance previously – opening time you see a lot of shall we say ‘walking sticks and wheelchair brigades’ as we call them.

” It’s highly likely these people are on some form of benefit, we target those who are claiming and monitor their spending”

Finally, the officer pointed out other types of fraudulent claims they will be sniffing out

Operations are due to commence shortly and the message appears clear, benefit cheats are coming under scrutiny after lockdown and the message from the authorities is ‘ You will be caught’.