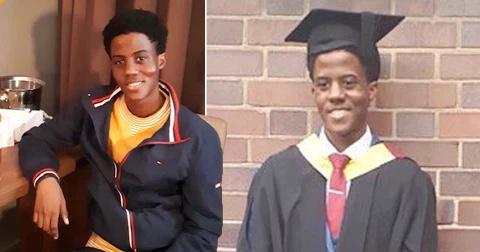 A sickle cell disease patient who rang 999 from his hospital bed after being refused oxygen would not have died if medics had recognised his symptoms and offered a blood transfusion sooner, a coroner has said

The sepsis precipitated a sickle cell crisis in Mr Smith, where a change in red cells can restrict the flow of blood to an organ.

An inquest in Barnet heard whilst the condition is common in residents with a Caribbean or African heritage, staff were not trained well enough for the condition.

The patient was told by hospital staff he didn’t require oxygen, as the staff concluded that his blood saturation wasn’t of a higher enough level.

The football stats analyst was forced to call the emergency services from his bed in the hospital as he was laid up in a side room with no call button.

The emergency 999 call was made but they failed to send paramedics to his room.

A haematologist prescribed oxygen later that day but he did not receive a blood transfusion until late on April 24. He suffered a series of cardiac arrests and died hours later as a result of a sickle cell crisis.

Coroner Dr Andrew Walker, who did not make a finding of neglect, said ‘there was a failure to appreciate the significance of Mr Smith’s symptoms by those caring for him at the time.

The hospital now has a dedicated ward for sickle cell patients.

Mr Smith’s parents, Charles and Betty, said: ‘The tragic way in which Evan died is something we will live with for the rest of our lives.’