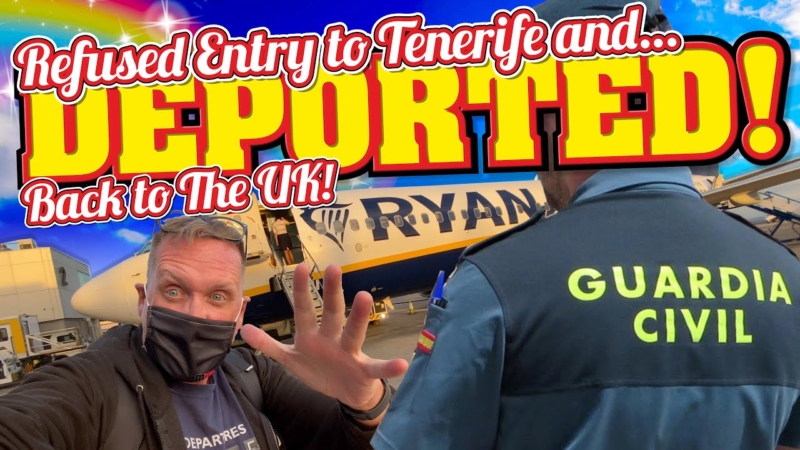 A Ryanair flight that arrived in Tenerife from Manchester on Friday afternoon, was met by Guardia Civil officers who boarded the plane to check passengers documents.

Before letting them disembark they refused entry to eight of them and sent them straight back to the UK on the same plane that they had arrived on.

According to one of the passengers on board the plane, a fellow traveller had an email confirmation from a Tenerife based estate agent for an appointment to view properties on the island, but this was not accepted by the police as this is not on the Spanish list of essential reasons to travel for entry to the country, even though it is on the UK accepted reasons to travel overseas.

Last week there were several changes to the travel restrictions, not just in Spain, but the UK also, which have not only caused confusion for travellers but also laid hope that there was a loop-hole in the legislation that meant, particularly second homeowners, would be able to enter the country.

Now people are asking the question do governments actually speak to each other when setting out the regulations?, whilst there are clearly confusions with Spanish.

Several rejections also took place earlier in the week at both Alicante and Barcelona airports.

UK news follower and travel expert The Macmaster, summed up the British thoughts on his channel as he said it’s crazy, Brits can’t go to Spain to spend money on property! – The World’s gone nuts!