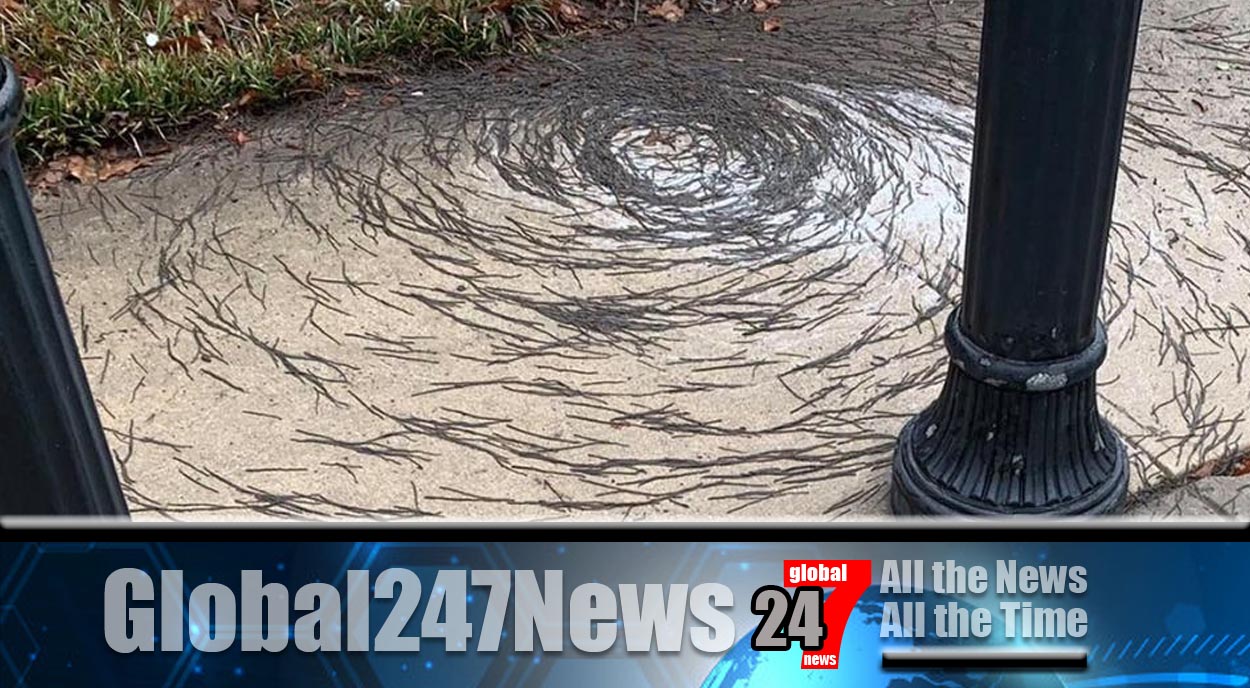 A bizarre formation of worms has been spotted on a New Jersey sidewalk.

‘Wormnado’ appears on New Jersey sidewalk baffling scientists. The phenomenon was spotted by a resident on a morning walk last Thursday in Hoboken. Hundreds of worms were found to have formed a tornado like shape on the pavement. Tiffanie Fisher, who works for the local council, shared the images on her social media pages.

She said “This is something I’ve never seen.” Locals were horrified by the structure of worms that looks like a tornado. And it has been named a “wormnado”. One said on Facebook “Looks like a portal out of a horror movie.” with another commenting. “Clearly a sign of the end of days.” Others were intrigued into what caused the phenomenon.

A soil ecology expert at the University of Central Lancashire, Kevin Butt, said he believes the formation was due to heavy rains. And the fact the sidewalk is a hard surface. He said “In short, worms have likely come to the soil surface due to excess rainwater. Have been unable to burrow down due to movement on to a hard surface. And the shape seen may well be a function of the water draining away. Rather than specific behavior of the earthworms.”

Director of the Compost Learning Lab at North Carolina State University, Rhonda Sherman, says more information is needed to explain the formation. Saying “Earthworms cluster together when there is an environmental threat. Looking at the photo of the spiral of worms does not provide enough information about the environmental conditions that could be causing the worms to cluster together.” A few hours after being spotted the formation was gone and the mystery of the “wormnado” continues….