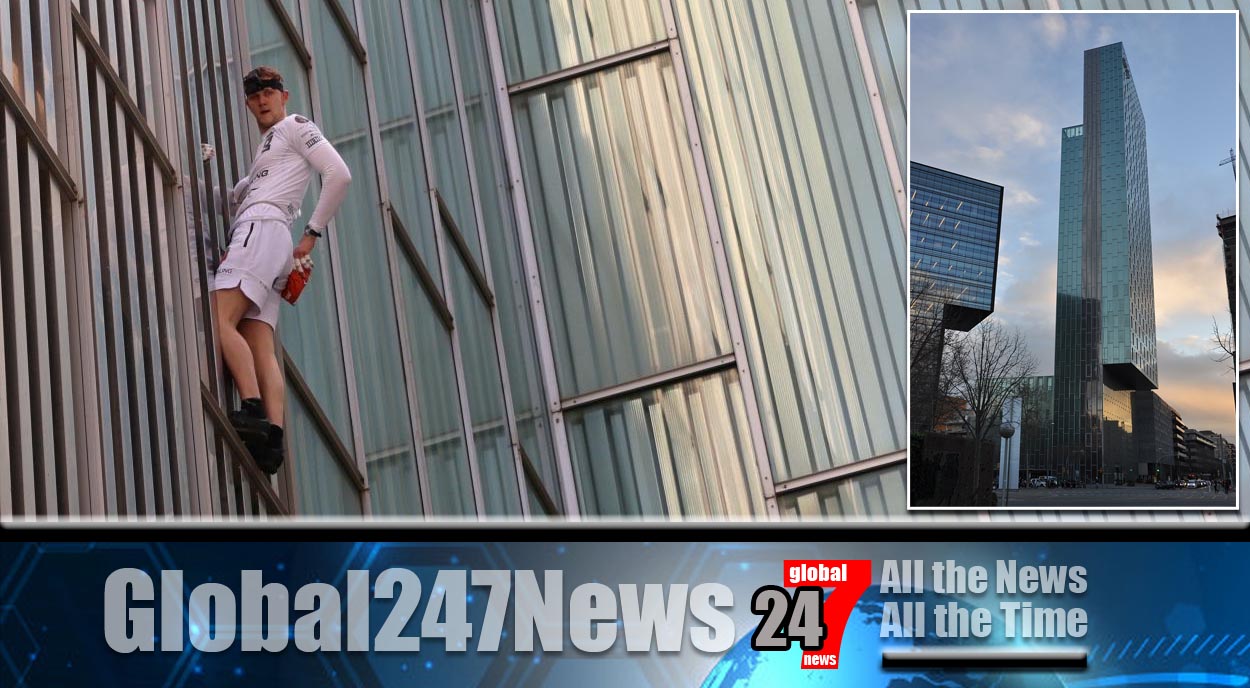 George King has scaled one of Europe’s tallest skyscrapers.

British free climber scales Spanish skyscraper and gets arrested. His feat took place in Barcelona as he free-climbed to the top with no safety ropes. Previously he has climbed The Shard in London. Onlookers watched in amazement as the 21-year-old got to the top of the Melia Barcelone Sky Hotel in the Spanish city. It stands at 116 metres tall (381ft).

Later, however, on his arrival back to earth he was arrested by Catalan local police and faces a fine. King said “When I was at the top I felt that I was in another dimension of bliss. When I met the police on the way down my head was still in the clouds.” It only took him 20 minutes to get from the bottom to the top of the hotel.

Earlier, he climbed The Shard in 2019 which stands at a height of 310 metres (1,107ft). This feat saw him receive 6 months in a young offenders centre after breaching an injunction from the building’s owners.

King, from Oxford, is currently traveling Europe to free-climb buildings, including the Agbar Tower skyscraper in Barcelona standing at 144 metres (474ft).