Steve West an active Welsh independence campaigner and supporter of the new Propel party led by Neil McEvoy has brought hysterics to residents in South Wales as he went public saying he was off to England for a beer!

As the elections approach in Wales, those wishing and believing Wales should be an Independent country away from the UK are getting active in their campaigning.

Although for one campaigner, the theory was blown out the window as West shared his desire for English beer and planning a trip to Bath because he can’t get a pint in his beloved Wales.

West announced his intentions on his campaigning social media pages by mocking up a poster and posting it to his 5,000 followers on Facebook. 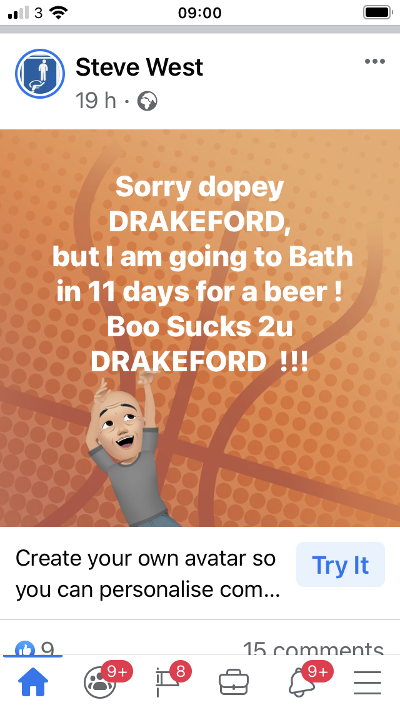 Whilst the other side of the Severn Bridge, Brian Cottrill commented: ” Hark at him, wants an Independent Wales but wants to make a mercy dash to Bath for some ale, haven’t Wales got their own then?

If a staunch Independent who shouts ‘Free Wales’  from the treetops needs English beer it says a lot about those Taffy Independents” he chortled.

Not so amused, political Welsh follower, and fellow Independent supporter Dai Lewis from Pentyrch called West a fool, as he said: ” I can’t believe someone with such strong beliefs could make such a ‘boo boo’ in the public domain, we can’t be reliant on England even for a beer, I think he said it in jest and a bit of a dig at our current Welsh leader, although it wasn’t the best thought out comment and could damage the reputation of the Propel Party that stands for total independence”