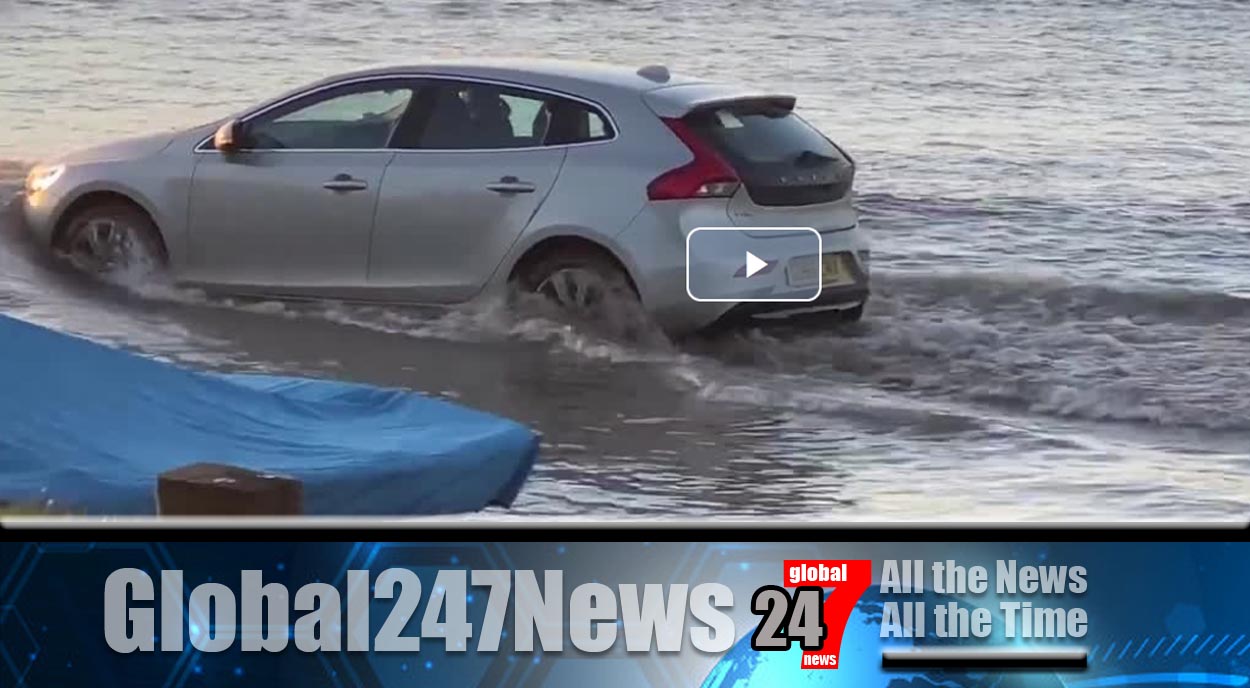 A motorist had to make a dramatic escape from rising tides.

Motorist’s dramatic escape from rising tide caught on video. The incident was caught on video. The woman had returned to her car to find it knee-deep in water. The video, recorded by Gary Pearson, shows her driving towards the shoreline as the water got deeper. The motorist had parked to walk her dogs without realising the times of the tides at the English coastal resort of Burnham Overy Staithe on Monday.

Speaking to North Norfolk News she said “I had just come back from my walk and found the car surrounded by water. I normally check tide times, but this time I didn’t for some reason. Neither did I realise the car park actually flooded there. It was terrifying. I had a bit of a meltdown. I ran as fast as I could through the water which had come up to my knees. But the car was fine and the dogs were fine.”