Welsh farmer fences in BMW for blocking his farm gates 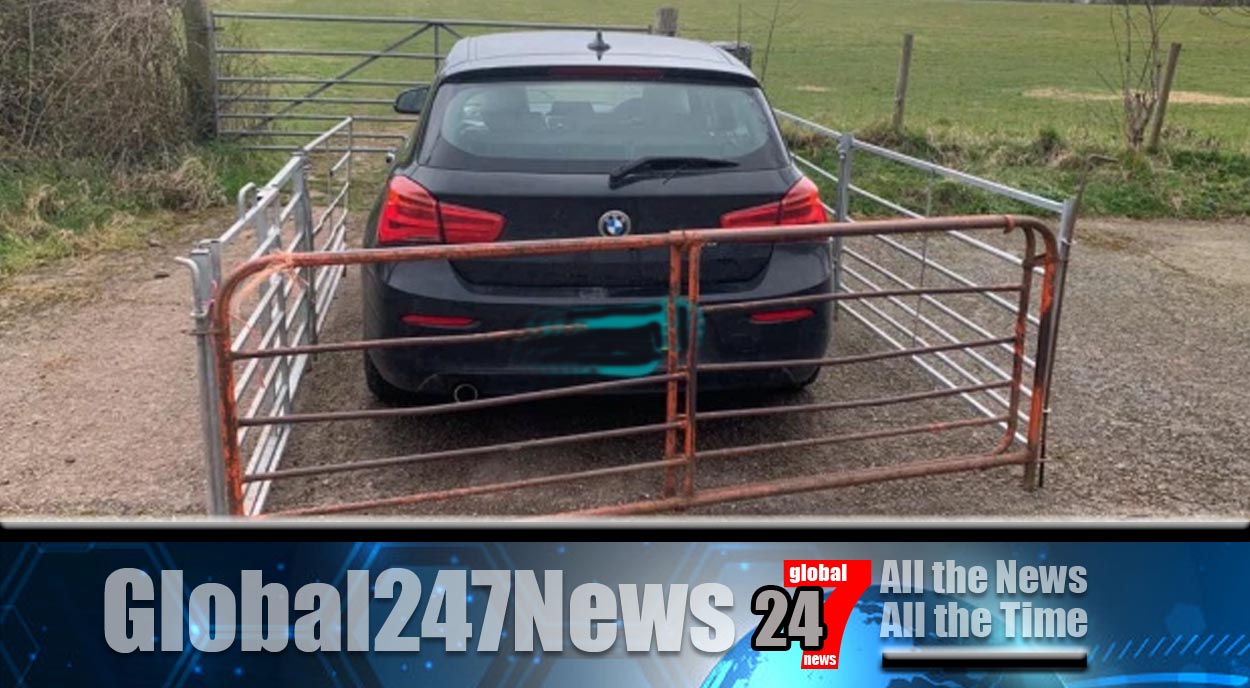 A furious farmer got revenge after a BMW car blocked his gate.

Welsh farmer fences in BMW for blocking his farm gates. He was so angry he built a metal fence around it. The vehicle was parked directly in front of access gates to his land. The incident happened in Wales. The farmer didn’t wait for the owner to come back and move it. Instead he taught the driver a lesson by enclosing the car with metal fencing which rendered it unmovable.

Green party Councillor Emily Durrant stuck up for the farmer by saying tourists must “respect” the working landscape. She said “It’s great be welcoming everyone in Wales back to our corner of heaven but please don’t be a plonker and park in front of farm gates. It is a working landscape, not just a fun place to be.

When farmers can’t tend to their livestock it makes them a little upset. Fair enough.” The farmer removed the fencing after taking a photograph of the car. Durrant went on to say “We are very welcoming of visitors, they are very important to our local economy and they bring a lot to the area.

But people must respect the fact rural areas consist of working landscapes and they should be treated as such. It’s the same as parking in front of someone’s storefront. It’s an amusing picture, but the message behind it is a serious one. All we ask is for people to be considerate when traveling to rural areas and to be mindful of their surroundings.”