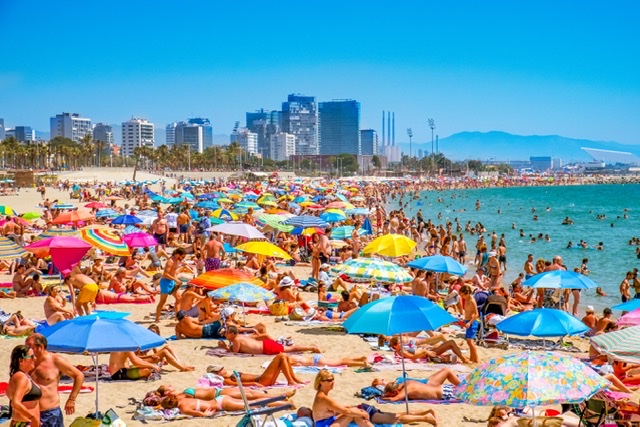 The task force and the UK nation are expected to hear the Prime Ministers decision next week.

Early indications are that only 12 countries will be considered to be travelled to.

Eight of those countries are likely to be placed on ‘green’  as, Malta, Gibraltar, Portugal, Israel, Canada, Barbados, the UAE and the US could all be put into the lowest category because of their plans to vaccinate half the adult population by mid-May.

According to sources within Whitehall, as well as already claimed by the Daily Telegraph, Spain along with Greece & Turkey will be placed on an ‘Amber list’ which will include quarantine measures.

Popular destination countries, France and Italy are likely to be on the ‘red’ listing.

A government source reportedly said: “It is still too early to say where and when people will be able to go on holidays but there will be detail about what that will look like.”

Meanwhile, it’s not good news at all for the tourism trade in Spain, a country that hosts the most British owned businesses.

It’s a well-known fact, British holidaymakers will not want to face quarantine for the sake of a European holiday.

Spain, a country that is well behind with its rollout of vaccinations looks now likely to suffer a bleak holiday season that could cripple many businesses dependent on British tourism returning.

Bristol-based travel agent, Neil Mitchell, today told Global247news how the claims from the Daily Telegraph are already affecting the market, he said:

” We are already seeing market swings due to the publication in the Daily Telegraph, it’s good news for Portugal but bad news for Spain, consumers who had booked Spain are changing now for Portugal, I wouldn’t say it’s a mass of numbers, Spanish bookings are at a low anyway.

” The consumers from Britain, whilst desperate for a holiday, will and don’t wish to face quarantine on their return, it’s a simple equation,” the travel agent said.

Meanwhile on Spain’s Costa del Sol, British business owner Michael Issac said: ” It’s yet another blow if it’s deemed to be correct although I expect to be if it’s based on vaccination count – Spain, unfortunately, haven’t been quick enough rolling it out.

“You can’t blame the holidaymakers, I don’t think anyone really fancies quarantine for the sake of a holiday, but we will soldier on here in Spain, It’s all we can do, although it is very disappointing ”