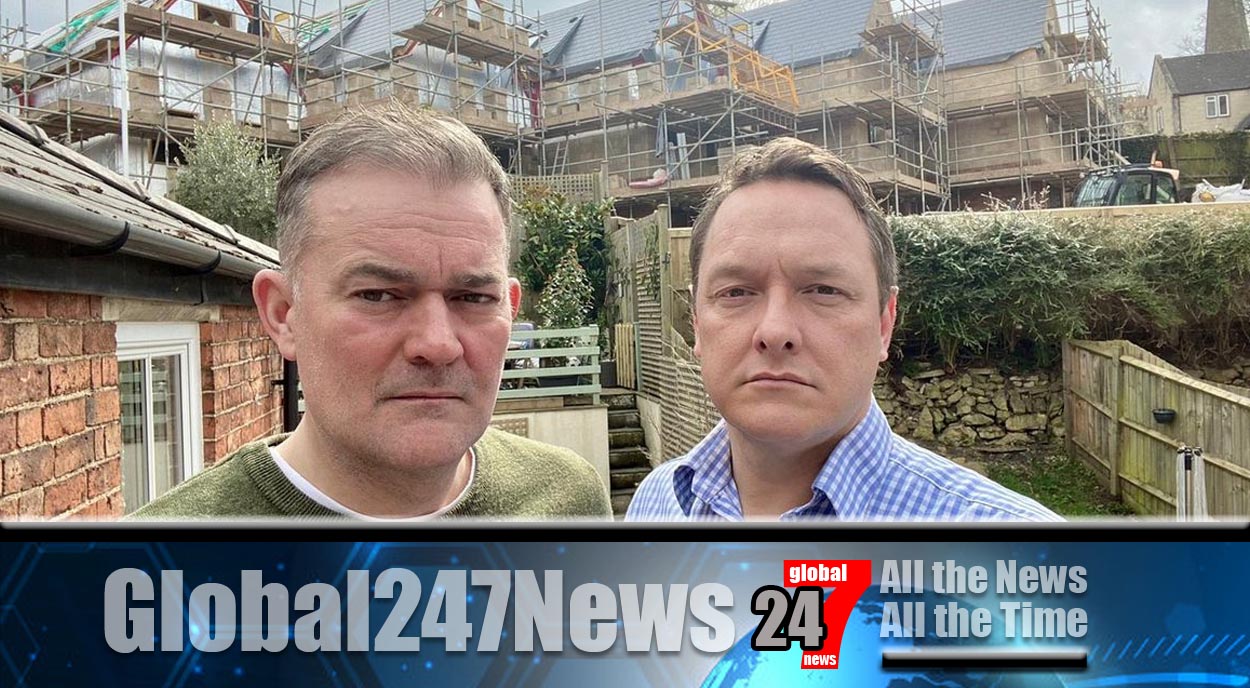 A gay couple have suffered abuse from builders working next to their home.

Gloucester Gay couple suffer homophobic abuse. Police are investigating the allegations. The couple say the builders have threatened them with violence. They said they feel “frightened in their own home”. Chris Copley-Hammond and husband John say the workmen are on site next to where they live in Stroud, Gloucestershire.  The crew started with the odd comment the couple say.

However, that has risen over the past few months to verbal abuse and threats. And when Chris confronted them last week about cement on his patio things took a turn for the worse. The couple filmed the workmen hurling homophobic abuse at them as they denied throwing the cement. After several minutes of arguing the couple inform the builders they will be pressing charges for the abuse.

Subsequently John and Chris filed a complaint to Gloucestershire police who are now investigating the allegations. John said “We’ve been left really frightened. I wasn’t sure whether to report it to the police, but it is a hate crime. We can’t live like this in our own home.” Chris said “To have to put up with this in our own garden is just not on. It’s really quite upsetting – we’re both 49 years old now, but we were both bullied at school, and it does bring up those feelings again.

A lot of the comments they have made are ridiculous homophobic things that were said as slurs in the 70s.

And now, to hear stuff like that in this day and age is just unbelievable. It’s quite pathetic, really.” John and Chris opposed planned changes by the developer, Bales Homes, which they believe is the cause of the abuse. Following the complaint, Conservative MP for Stroud, Siobhan Baillie, said “No one should have to put up with it, particularly not in their own home. The law protects gay people from such abuse.”

Later, Managing director of Bales Homes, Lee Bales, apologised and said “As soon as we were informed as to what was happening, we complained to the director of the subcontracting company and had the individuals removed from the site. Bales Homes have taken this complaint very seriously as the views expressed are not our own, and we will make sure it doesn’t happen again.” Gloucestershire police confirmed an investigation was ongoing. Bales Homes declined to comment on who the subcontractors were that abused the couple.